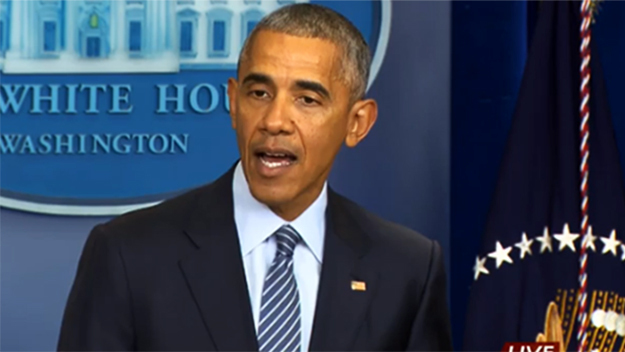 <![CDATA[ <script async src="//pagead2.googlesyndication.com/pagead/js/adsbygoogle.js"> . (Sky News) Barack Obama says he has concerns about a Donald Trump presidency, and the President-elect will have to change parts of his temperament. “There are certain elements of his temperament that will not serve him well unless he corrects them,” he said. In his first news conference since the US election, Mr Obama told Mr Trump he must reach out to voters who did not support him. He told journalists he thinks Mr Trump will try to “send some signals of unity” to people alienated by what was a ferocious campaign. Mr Obama said the job of President was a big challenge, and the Presidency was bigger than one person. Barack Obama meets with Donald Trump to update him on transition planning Image Caption: Mr Obama says his team will do all it can to help the transition But he promised that he and his team will do all they can to help make the transition smooth. During a lengthy conversation, he said he offered Mr Trump “honest advice” and highlighted the importance of finding trusted aides for the White House. Mr Trump needed to be given the “rope and space” for a “reset”, he said, reflecting on his own arrival in the White House during the economic crisis. He said Mr Trump will have more “time and space” than he had to make “judicious decisions.” Keystyle Learning Can Help You Fulfil Your Dream. Work, Study Or Live Abroad: Australia, UK, Canada, USA Or Ghana. Call Us On 09057644711, 09038944464 Or Click Here. ]]>