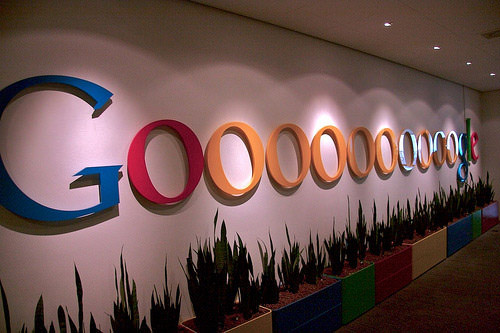 <![CDATA[ Alphabet's Google is developing new tools designed to boost subscriptions for news publishers, following a similar olive branch from Facebook to an industry that has seen the digital behemoths take over the online advertising market. Google’s latest foray arrives on three fronts. The first is a revamp of its feature, called “first click free,” that allows readers to access articles from subscription publications through search. Google is also exploring publishers’ tools around online payments and targeting potential subscribers. It’s all part of Google’s broader effort to keep consumers and content-makers returning to the web, the lifeblood of its ads business. Initially, Google is testing the tools with New York Times and the Financial Times. But Richard Gingras, Google’s vice president for news, said the search giant is talking to dozens of other outlets as media companies move toward online subscription models. “It’s clear from news publishers that they can’t live on advertising alone,” he said. “But it’s also clear that we’re seeing a shift in a market.” Media companies are focused intently on online subscriptions as print ads shrivel and digital ad spending consolidates with Facebook and Google, which together this year will garner more than 60pc of the $83bn market, according to EMarketer. In response, both digital platforms, which have rocky relationships with publishers, are introducing products catered to them. Facebook said last month it was working to add subscription tools inside its Instant Articles program, which hosts news articles in its mobile app.<script async src="//pagead2.googlesyndication.com/pagead/js/adsbygoogle.js"> Google’s version, called Accelerated Mobile Pages or AMP, enables news websites to load more quickly inside of search. With the new tools, Google is looking at ways to let publishers identify who may subscribe, determine how much readers would pay and speed up the process. Mr Gingras said the new effort would involve Google’s mobile payment services and its gargantuan ad targeting apparatus, although he didn’t offer specifics. “This is an area, clearly, where our knowledge about our users can be brought to bear,” he said. “There is no singular subscription strategy that will work for each publisher.” Mr Gingras declined to say if or how the company would be sharing revenue with publishers. Kinsey Wilson, an adviser to Mark Thompson, president and chief executive officer of The New York Times, said the media company hasn’t discussed revenue terms with Google yet. To date, publishers have favored Google’s mobile publishing tools, which run on the web using open-source software. “Facebook’s environment is a Facebook-hosted walled garden,” Mr Wilson said. The social network, however, tends to be a far bigger driver of web traffic and, thus, an irresistible partner for the media companies. Some publishers with subscription paywalls are concerned about Google’s search policy. If publishers sign up, they can bump up their articles high in search results, which otherwise bury pages that can’t be accessed for free. In return, they must give non-subscribers access to at least three articles a day for free. Right now, Google and the New York Times have been testing ways to drop that number down, Mr Wilson said. The product changes are expected to come next month. “Early results are that there is some flexibility here,” Mr Wilson said. Sales from subscriptions gained 13.9pc for his company during the second quarter while ad revenue rose 0.8pc. New Telegraph To Receive Free News Updates, Add To Your WhatsApp: 08033857245; For Adverts Enquiries, Call 08083609209, To Publish Your Articles Or News Stories, Email editor@skytrendnews.com. READ ALSO! Between GoDaddy And Namecheap: Making The Best Choice For Domain Name Registrar READ ALSO! Nigeria’s Economy Might Relapse Into Protracted Recession If… — Country’s Central Bank READ ALSO! The Internet’s Future Lies With Its Next Billion Users — Sundar Pichai, Google CEO READ ALSO! Nigerian Filmmaker, Zuriel Oduwole Makes Forbes List Of 100 Most Influential African Women READ ALSO! Woman Marries Her Son After Getting Pregnant For Him READ ALSO! Smartphone Sales Fall As Samsung, Apple Consolidate Market Share READ ALSO! The Smart CEO: Top 5 Websites To Get Cheap Domain Name Registration ]]>