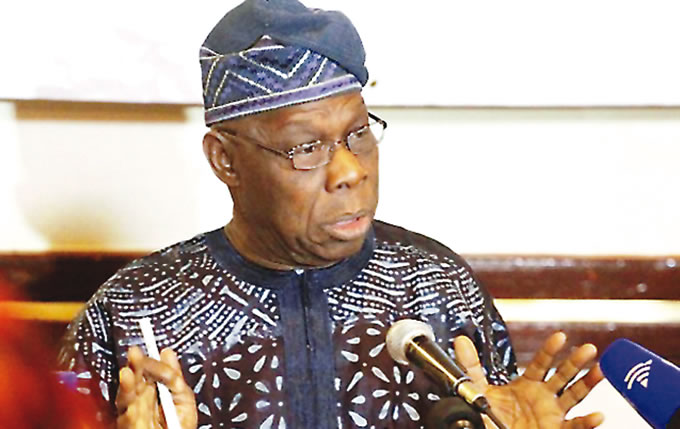 REVEALED: Obasanjo Was Part Of Conspiracy To Annul June 12

It was the first time that the former president would be frontally accused about the cancelled election by the Babangida administration on June 23, 1993.

Kingibe, who later became Secretary to the Government of the Federation said Obasanjo was one of the architects of the annulment during an interview on NTA Wednesday night.

Although he did not give details of the roles Obasanjo played to annul the presidential poll, it was on record that Obasanjo once said in 1993, that Abiola was not the Messiah Nigeria needed.

Kingibe recalled that Obasanjo attempted to convene a meeting of statesmen to address the aftermath of the June 12 crisis, President Muhammadu Buhari only attended the inaugural meeting and stopped because of the direction of the session.

Kingibe said Buhari’s position was very clear over the years that the annulment was unjustified.

He, however, parried questions on whether or not he betrayed the late Abiola, who died in his bid to reclaim his mandate.

He said the celebration of June 12 as a Democracy Day should not be an occasion for recriminations or for talking on who betrayed who and who abandoned what.

He justified why Buhari opted to honour Abiola.

“And I think President Muhammadu Buhari did attend the meeting once, the inaugural meeting. I understood that when he (Buhari) saw the direction of the meeting, he decided not to attend again.

“Every time the issue of the annulment came up over the years, his position was very clear; it was very firm that the election was free, fair and there was a clear winner. And that the annulment was unjustified.

“So, having had the opportunity, perhaps, to right the wrong, I won’t be surprised he did so because it is in his character to try and do justice, however, belated and under whatever the circumstances.”

Asked if he was surprised by the declaration of June 12 as Democracy Day, Kingibe said: “In a way, yes. I was surprised more by the timing of it than that it happened.

“I was actually on lesser Hajj in Saudi Arabia when the announcement was made. I was not surprised that it was made because I knew President Buhari felt strongly about June 12.”

He paid glowing tributes to Abiola for being the arrowhead of the campaign for the actualisation of the June 12, 1993 mandate.

“You know, June 12 was the creation of all Nigerians. All Nigerians were the architects of June 12.

“The annulment of the elections was unique in the life of all Nigerians and being unique and novel, I think everybody reacted accordingly to their understanding of what reaction was required.