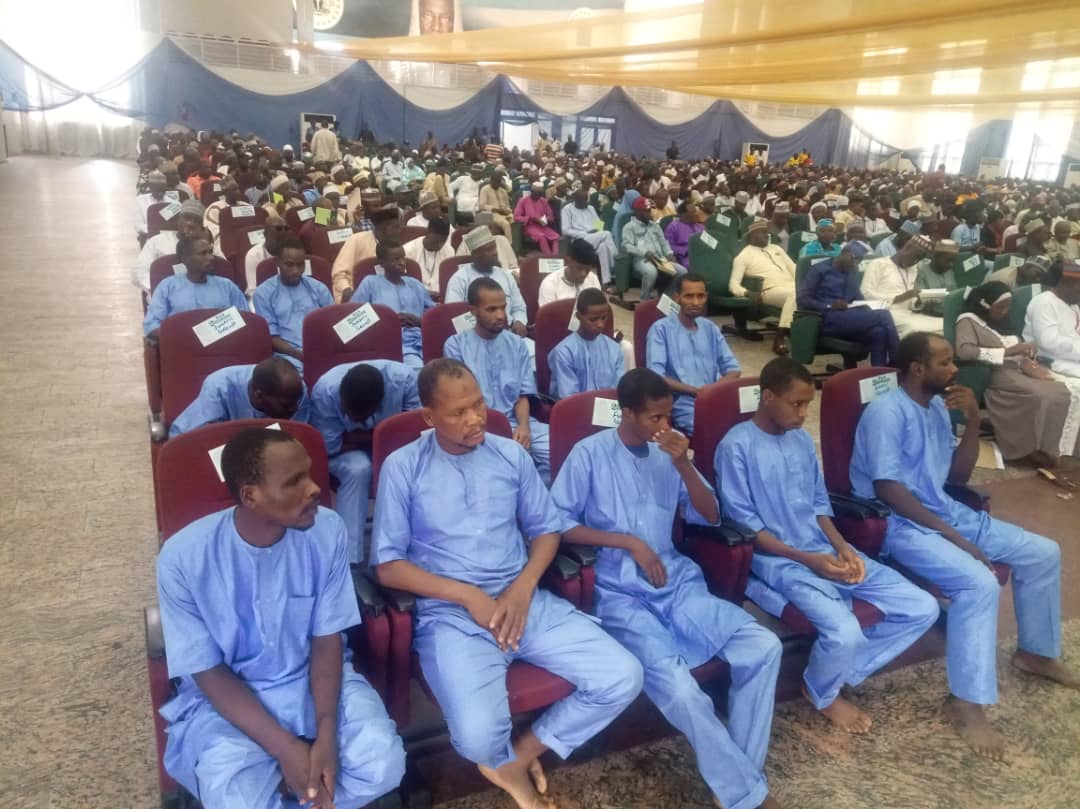 Niger State Governor, Abubakar Sani Bello has signed a peace agreement with armed bandits in the state that have been terrorising the people.

Governor Abubakar Sani Bello of Niger State has pardoned, released abd empowered 13 armed bandits who have been terrorising parts of the state in order to end their criminal activities..

He said this on Saturday at the 2nd General Abdulsalami Abubakar Foundation Annual Peace Lecture that the bandits made their demands as Nigerians.

While delivering a lecture titled “Good Politics at the Service of Peace: The role of Eminent Persons in the Prevention and Management of Conflict in Nigeria” at the Legbo Kutigi International Conference Centre, Minna, the governor also blamed certain politicians for heightening tensions and insecurity in the country with their utterances and actions.

According to him: “We signed a peace pact with the bandits and there is no better day to enforce that peace than today being World’s Peace Day, and I am pleased to inform you that since we had the understanding, there has been peace in that part of the state.

“We have expended a lot of resources using military solutions but at the same time we have decided to go into dialogue. And we found out that the dialogue we engaged in is beginning to yield positive results in some parts of the state.”

The governor, while declaring that the World Peace Day is a better time to enter a peace pact, said: “In our last meeting, we had an agreement and we requested from them to stop their activities and they also requested from us to release some of their members that were presumed to be unlawfully detained as part of steps to resolve the menace and to get peace.

“They feel they have been forced into carrying weapons and other dangerous weapons. We opened dialogue with them to stop their activities within a certain district or a certain part of the state.”

He further disclosed that the bandits made their demands as Nigerians, adding that “they have their prices; they have their worries; they also want to live in the comfort of homes but they are forced to remain in the bush”.

Governor Sani Bello also condemned the support being given to the now proscribed Islamic Movement in Nigeria (IMN) saying that such support was capable of disintegrating the country.