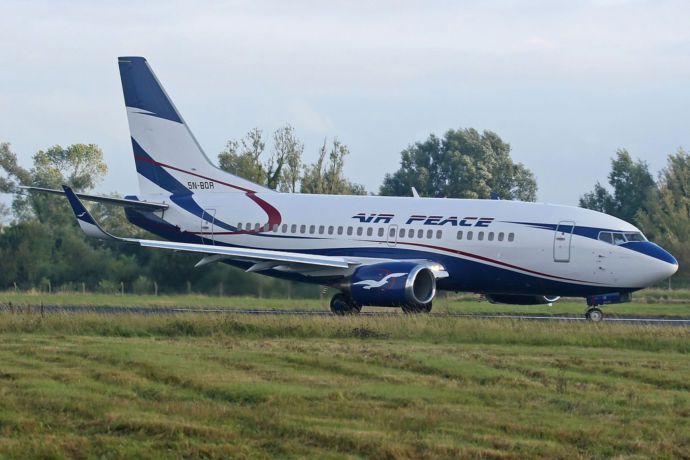 The Accident Investigation Bureau (AIB) has said it was investigating a serious incident involving a Boeing 737-500 aircraft operated by Air Peace, with registration marks, 5N-BUJ.

The General Manager, Public Affairs of the Accident Investigation Bureau (AIB) Tunji Oketunbi, said the aircraft which departed Murtala Muhammad Airport at 07:35 am local time was en route Owerri from Lagos with 90 passengers and six crew members on board.

From the information provided by the Air Traffic Control (ATC), the flight crew declared engine failure at 07:47 local time and subsequently made an air return to Lagos. The aircraft landed safely at 08:06 local time. All the occupants disembarked with no injury.

“The AIB team of safety investigators has commenced an investigation.

As the sole agency mandated to undertake the investigation of aircraft accidents and serious incidents, the bureau wants the public to know that it would be open to receiving any video clip, relevant evidence or information that may assist in this investigation.

The bureau appeals to the press and the public to respect the privacy of the people involved and not to pre-empt the cause of the serious incident,” Oketunbi said.

The Corporate Communications Executive for the airline, Stanley Olisa, confirmed the incident, but said no life was lost and no one sustained injuries.

He said: “Today at about 07:47 local time, our Lagos to Owerri flight, which was already airborne was aborted when the pilot in command noticed a change in the parameter of one of the engines.

“He reported the incident, took precautionary measure and returned to base in line with Air Peace safety operational procedures.

“The aircraft safely landed in Lagos at about 08: 06 local time. There were no injuries as the passengers were safely deboarded from the aircraft.

“The pilot has reported the incident to appropriate authorities.

“Air Peace apologises for the incident and assures its customers and other Nigerians that it continues to maintain a high-safety standard in its operations.”