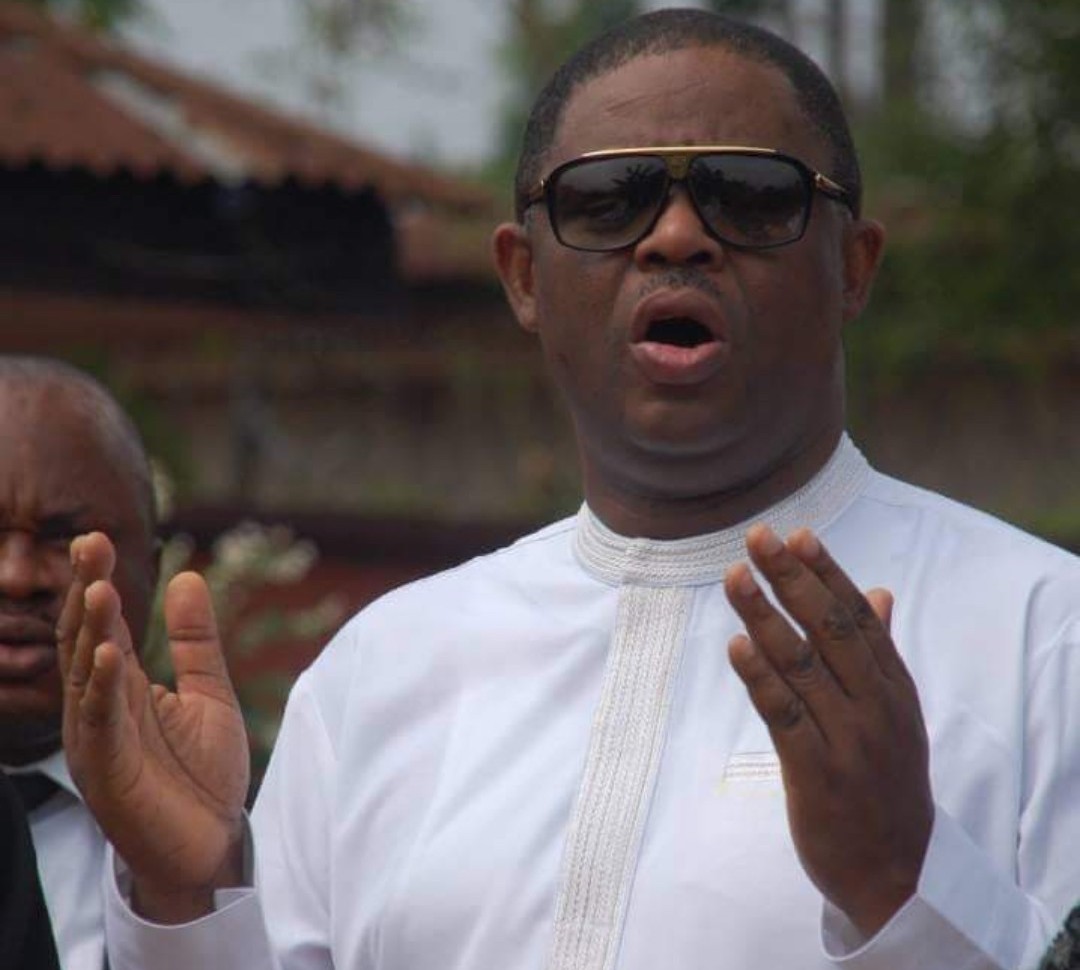 As Nigerians there are certain qoutes and statements that we must enshrine and entrench in our spirits, minds and souls and that we must never forget if we really want to know where we are coming from, where we are today and where we will be tomorrow.

Permit me to begin this contribution with a series of those qoutes and statements and then share my thoughts with you later in the essay.

In 1804 Sheik Usman Dan Fodio, the father and founder of the Fulani Caliohate said,

“I have been given the sword of truth to defeat and conquer the enemies of Allah. I will establish the Caliphate to rule over all and Sakwoto shall be its capital. It is either the pagans and unbelievers accept sharia and the Koran or they accept the sword”.

“The amalgamation of the northern and southern protectorates of Nigeria is a marriage between the poor northern husband and the rich southern wife. May this union be unbreakable and may it last forever”.

In 1948 Sir Abubakar Tafawa Balewa, a man that was to later become the Prime Minister of Nigeria said,

“Since 1914, the British Government has been trying to make Nigeria into one country, but the Nigerian people themselves are historically different in their backgrounds, in their religious beliefs and customs and do not show themselves any sign of willingness to unite. Nigerian unity is only a British intention for the country”.

In 1957 Sir Ahmadu Bello, the Saurdana of Sokoto and the Premier of Northern Nigeria said,

“We the people of the north will continue our stated intention to conquer the south and to dip the Koran in the Atlantic ocean after the British leave our shores”.

In 1961 Sir Ahmadu Bello, the Saurdana of Sokoto and the Premier of the Northern Region said,

In 1963 Sir Ahmadu Bello, the Saurdana of Sokoto and the Premier of the Northern Region said,

“I would rather employ a foreigner in the northern civil service than employ an Igbo. Igbos tend to always want to dominate others wherever they go and we do not want that in the north”.

“No Christian will ever rule Nigeria again unless it is over my dead body”.

In 1992 Sultan Ibrahim Dasuki, the Sultan of Sokoto said,

“This country was given to we northerners by the British to rule. When they left the understanding between us was that the North would always lead and rule Nigeria”.

“I will continue to show openly and inside me the total commitment to the Sharia movement that is sweeping all over Nigeria. God-willing, we will not stop the agitation for the total implementation of the Sharia all over the country”.

“Muslims should only vote for Muslims and those who will defend their faith”.

“Why should Christians complain when limbs are being cut off in the name of sharia? After all these are Muslim limbs and not Christian ones”.

“Why are your (Yoruba) people killing my (Fulani) people”.

In 2013 General Muhammadu Buhari, who had already been a military Head of State and who was to later become President of Nigeria said,

In 2014 Sheik Abubakar Shekau, the leader of Boko Haram said,

“By Allah we will not stop fighting until every Nigerian abides by sharia law. If you don’t abide we will kill you”.

In 2015 President Muhammadu Buhari who was once a military Head of State said,

“Boko Haram are our misguided brothers”.

In 2018 President Muhammadu Buhari who was once a military Head of State said,

“The Fulani herdsmen are Nigerians and have a right to be here. They carry sticks and not dangerous weapons. If you want peace give them your land”.

In 2019 Alhaji Abdullahi Bodejo, President of Miyetti Allah and Leader of the Fulani herdsmen said,

“You are a Governor and you want to enjoy peace in your state, you don’t need any long meeting, just create a particular area for the Fulani and equip them with modern facilities”.

Now what can we make of all this and where are we today? The qoutes and statements are self-evident and each of them have been subjects of intense debate and intellectial discourse over the years. I need not discuss their meaning, import or implications here as they are obvious and self-explanatory.

In any case I have stated my views extensively and quite often over the last few years in a series of essays on this topic and about those that espouse the provocative, outrageous, racist and totally unacceptable sentiments, views and disposition that are reflected by these incendiary words and asinine assertions.

All three of these write-ups can be googled and found on the internet and they are all, together with my other written works, on the essay column of my website at www.femifanikayode.org.

I suffered the pain and indignity of being locked up in a special terrorist facility and cell with Boko Haram suspects and convicts in Kuje prison in 2017 for writing the first two and I have been subjected to all manner of threats to my life for writing the third.

Nevertheless the quest for truth and the bitter struggle for the emancipation of our people must continue regardless of the price that those of us that are in the thick of it are paying and may still have to pay.

No matter what happens tomorrow I am satisfied with one thing: every single thing that I said would happen and would be done by our northern oppressors if they managed to get power in 2015 has since come to pass.

That vindication alone is more than enough for me. And trust me when I tell you that unless there is a divine intervention and something gives, things will get far worse as the noose of the conquerors tightens around our collective necks.

The good news though is that there is a God in Heaven who neither sleeps nor slumbers, who forges the destiny of nations and who rules in the affairs of men.

His name is the Ancient of Days, the Lord of Hosts and the Lion of the Tribe of Judah. And when He arises to deliver, no man or demon can stand against Him. In He lies our hope and strength and in His hands lies our collective deliverance. He shall not fail us.

What I will do in the rest of this write-up is to simply share my thoughts on where we are today. Consider the following.

I have no hate in me for anyone or for any group of people and neither do I believe in violence or seek to incite violence.

I am a lover of peace and a servant of truth. I am constrained to speak that truth no matter how bitter it is and no matter whose ox is gored. That is my calling and that is the purpose of this short contribution. Consider the following.

The agenda of the Fulani to own Nigeria and turn the indigenous people of our country into slaves is an ancient one. It started 215 years ago in 1804 and it has almost reached completion.

Those that are screaming about Fulani hegemony and northern domination today are like chickens whose heads have already been cut off. They are crying over spilt milk.

They are lamenting long after the horse has already bolted from the stable. They are like the proverbial frog that was dropped in a pot of cold water and that was slowly boiled alive.

This is not just a matter of Fulani hegemony and northern domination: we are long past that stage and it is far worse than that.

It is nothing less than the full manifestation of total and complete Fulani subjugation and the final entrenchment of northern supremacy. As leaders we were cowardly and complacent and now the worse has befallen our people. Today the Fulani and the core north own Nigeria and virtually everyone in it lock, stock and barrel.

Whether we choose to accept it or not that is the bitter truth. That is where we are! Worse still 90% of southern and Middle Belt leaders have made a choice to bend the knee and bow to the Fulani north.

The few that have stood up to them over the last 100 years have either been killed, jailed, frustrated, humiliated or discredited.

In my generation there are only a few men left standing in the fight for emancipation from the northern yoke and they are mostly unknown, unsung and not fully appreciated.

Without the continous efforts, contribution, strength and vision of such individuals and such groups and without their gallant struggle against our collective oppressors we shall all be fully enslaved and be speaking Fufude in the next 10 years.

Virtually everyone else and every other group has been cowed and intimidated into submission and they all lament and complain about their pathetic condition of enslavement and servitude in whispered tones and behind closed doors. They dare not speak out loudly and boldly out of fear of the Fulani masters.

This is the tragedy that has befallen Nigeria: cowardice and capitulation to evil and the forces of darkness is now considered to be a virtue whilst courage and strong resistance to ethnic domination, racism, religious bigotry, injustice and tyranny is regarded as a vice. May God deliver us!

Call 0803 239 3958 for free financial consulting advice for your businesses.
Send your accounting articles to blog@skytrendconsulting.com.

Businesses With Less Than N25m Turnover Are Now VAT Exempt

How to get quick loans from Gtbank, Zenith, UBA, Access Bank without collateral

VAT threshold of N25m: All you need to know

VAT on online purchases: 8 Critical things you must know