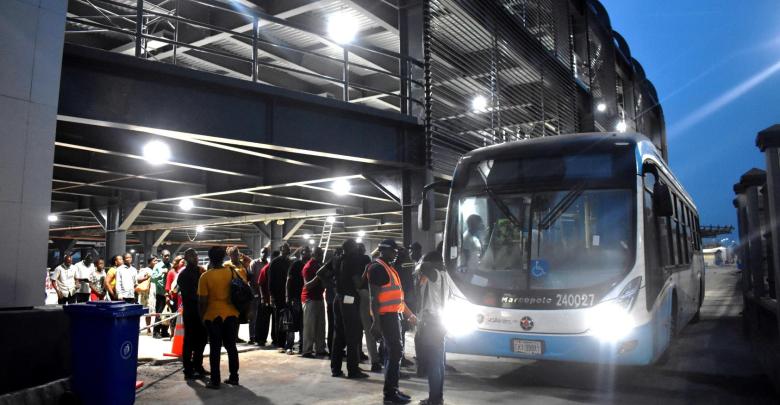 Managing Director, Planet Projects, Mr. Biodun Otunola revealed this recently at a parley with media executives at the site in Oshodi, Lagos.

He said this would enable the facility take care of one ninth of the 9million passengers who
journey through the Lagos traffic daily.

The Interchange, which began operations in Terminal 3, one of its three terminals on May 1, last year recorded 1,600,000 passengers by end of year implying an average daily traffic of 6,400 passengers.

While the Planet Projects manages the facility owned by the Lagos State Government, the
Lagos State Bus Services handles the transportation of passengers.

LSBS’initial fleet of 35 at the facility was recently boosted by the Babajide Sanwo-olu
administration with an additional 65 buses and there are hopes that the delivery of 820 buses currently at the ports will put more buses on the road and move the facility closer to its target.

Industry operators estimate that Lagos needs 7,000 high capacity buses and at least 14
terminals of different dimension to encourage owners of private vehicles to embrace the park and ride policy of the state government by riding on the buses.

Otunola, a transportation engineer and strategist, said Planet Projects was committed to making the interchange work to prove that Nigerians have the capacity to build and operate a complex transportation icon such as the Oshodi interchange.

“This facility was built by Nigerians. There is no foreign labour from design to construction.
During construction, we were able to demonstrate the advantage of Nigerians managing their own construction. For instance, there was no day we didn’t work on site despite the rains. Yet, foreign companies usually stop work during rainy season.” Otunola noted.

He said Terminal 2, designed to provide inter-city services, was being prepared for take-off
beginning with trips to nearby capitals such as Ibadan in Oyo State, Akure, Ondo State,
Oshogbo, Oyo State and Abeokuta, Ogun State.

Towards this objective, discussions with the government and bus owners have started to yield fruits. Otunola expects Terminal 2 to become fully operational by the end of February.
He said another boost to the use of the facility was the decision of Primero Tramsport Serviçes to start running the Oshodi-Ikorodu route in November last year.

The transport company has recorded over 5000 passengers in the first month of operation and demand currently outstrips supply.

Plans to rent retail outlets has also received good responses as over 300 applications are
seeking the fewer than 20 outlets available.

The trend, Echonews gathered, has encouraged the firm to consider the construction of more retail outlets to provide more opportunities for commercial transactions.

Asked about the revenue side of the business, Otunola said the focus now is to make the
terminals fully operational by achieving the one million per day passenger target. He said the activity of passengers, retail outlet owners will make the facility recoup investment of the Lagos State government.