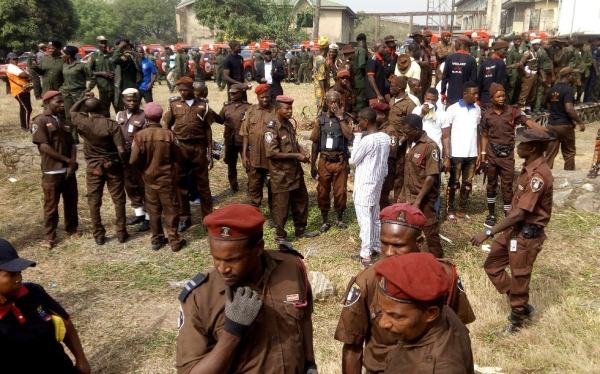 Abubakar Malami, attorney-general of the federation, says Amotekun, a regional security outfit established by governors of the south-west remains illegal.

Malami’s initial position had sparked a nationwide outrage, with some notable southern leaders accusing the federal government of discriminating against the south-west since there were similar outfits in the north.

In a statement on Thursday, the attorney-general of the federation said his position on the scheme has not changed.

“By asking for the state governments of the Southwestern Nigeria to proceed to enact the necessary laws, in justifying the legality of the establishment and operation of Amotekon, Mr. Femi Falana is reaffirming and reiterating the Federal Government’s stance that the establishment of the operation currently is illegal,” the AGF said in a statement which Umar Gandu, his spokesman, issued on his behalf.

“No amount of effort to hide the truth will work. People could be carried away by sentimental or emotional inclinations, but truth remains apparently palpable.

“The bottom line is that the current Constitution of the Federal Republic of Nigeria does not accommodate formation of regional security architecture. This is a fact which is undisputable and undeniable.

“Mr. Falana was prevaricating and circumlocuting using evasive techniques when he was asked by the media to justify the presence of lacuna within the law which could establish or protect the concept of regionalism in any operation in the country. He was unable to supply answer to the question and failed to cite relevant laws that back the argument.”

Malami said the outfit is not backed by any law, whether federal or state, so it cannot be regarded as a legal organisation.

“It is interesting that no matter the situation truth prevails. This arrangement called Amotekun is not backed by any law neither at the State nor at the Federal Government level. Amotekun, therefore, remains unconstitutional and illegal as already indicated,” he said.

“The Federal Government appreciates that legally minded Nigerians have start to eschew emotions by offering legal comments on the matter as against being carried away by other inclinations.”

The statement was issued at a time Vice-President Yemi Osinbajo is meeting with south-west governors over Amotekun.