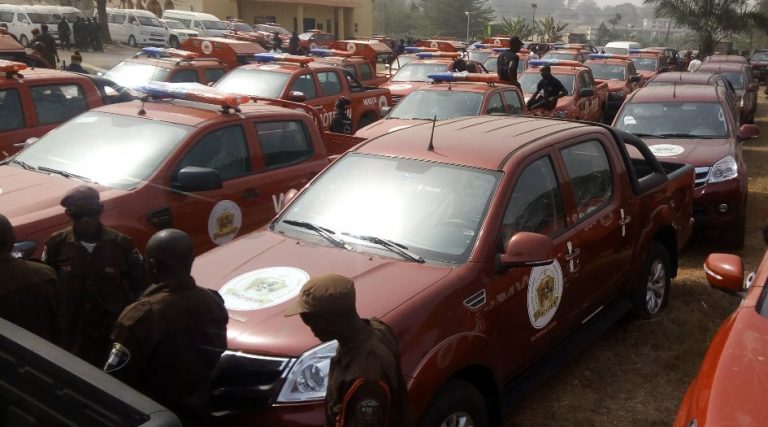 The Nigerian government and governors of states in the south-west have reached the agreement to draw up a legal framework for the Western Security Network code-named: Amotekun.

Rotimi Akeredolu, governor of Ondo state, disclosed this to state house correspondents at the end of a meeting Vice-President Yemi Osinbajo had with the six governors from the region on Thursday.

Asked if the governors failed to draw up the legal framework for the outfit before the launch on January 9, Akeredolu said the inspector-general of police and other “relevant security agencies” were consulted earlier.

Abubakar Malami, attorney-general of the federation and minister of justice, who had described the outfit as illegal, was part of the meeting.

Earlier on, in a statement on Thursday, the attorney-general had said his position on the scheme has not changed.

“By asking for the state governments of the Southwestern Nigeria to proceed to enact the necessary laws, in justifying the legality of the establishment and operation of Amotekon, Mr. Femi Falana is reaffirming and reiterating the Federal Government’s stance that the establishment of the operation currently is illegal,” the AGF said in a statement which Umar Gandu, his spokesman, issued on his behalf.

“No amount of effort to hide the truth will work. People could be carried away by sentimental or emotional inclinations, but truth remains apparently palpable.

“The bottom line is that the current Constitution of the Federal Republic of Nigeria does not accommodate formation of regional security architecture. This is a fact which is undisputable and undeniable.

“Mr. Falana was prevaricating and circumlocuting using evasive techniques when he was asked by the media to justify the presence of lacuna within the law which could establish or protect the concept of regionalism in any operation in the country. He was unable to supply answer to the question and failed to cite relevant laws that back the argument.”

Malami said the outfit is not backed by any law, whether federal or state, so it cannot be regarded as a legal organisation.