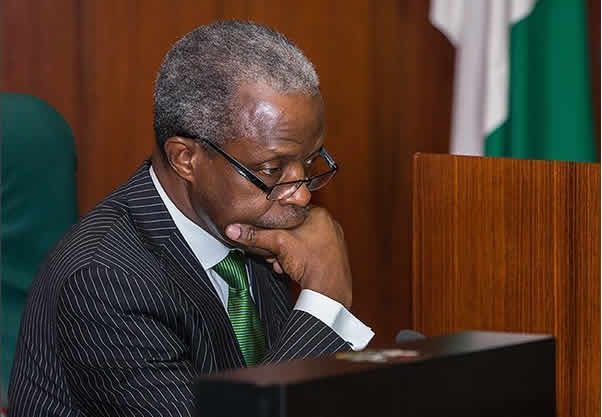 Vice-President Yemi Osinbajo is currently meeting with governors of the south-west states at the presidential villa in Abuja.

Mohammed Adamu, inspector-general of police, is also in attendance.

The agenda of the meeting was not disclosed but a presidential source told TheCable that it is about the regional security outfit floated by the governors.

The meeting with the governors in Abuja is over the setting up of a regional security outfit, Operation Amotekun.

According to reports, the agenda of the meeting is Operation Amotekun.

Nigeria’s Attorney General and Minister of Justice, Abubakar Malami, and the Inspector-General of Police, Mr Mohammed Adamu, are also attending the meeting.

Malami had said the establishment of the outfit was illegal and unconstitutional as the issue of security was the exclusive preserve of the Federal Government as laid down in the nation’s constitution.

Since Malami made the statement, outrage has greeted the pronouncement across Southwest. Several bigwigs in Southwest had kicked against Malami’s pronouncement.

Also, protests had rocked Southwest states in defiant to Malami’s statement, while Miyetti Allah has consistently attacked Southwest leaders for insisting on Amotekun, saying that the zone might lose 2023 presidency for this singular act.

Prof. Wole Soyinka had said Amotekun had come to stay, saying such an outfit was needed in a Southwest zone raved by insecurity.

National leader of the All Progressives Congress, APC, Asiwaju Bola Tinubu, while backing the establishment of Amotekun called for dialogue to resolve the difference.

Abubakar Malami, attorney-general of the federation, had described the security outfit as illegal but the governors said it has come to stay.