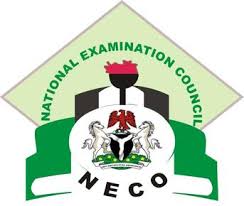 The National Examinations Council has dismissed 19 of its workers over certificate forgery following their confession to the crime.

The council said on Tuesday that NECO Governing Board approved the dismissal of the workers, recommended by the Staff Certificate Verification Committee constituted by the management.

The committee was mandated to carry out the screening by inviting some workers “with questionable credentials to appear before it, during which the affected staff attested that their certificates were forged.”

The PUNCH reports that the dismissal of the 19 workers makes a total of 89 workers disengaged from NECO within three months. The council had earlier dismissed 70 workers over certificate forgery in November 2019.

The NECO Head of Information and Public Relations Division, Mr Azeez Sani, said in a release on Tuesday that the dismissal was approved at the 52nd Regular meeting of the council.

He said, “The Governing Board of the National Examinations Council has approved the dismissal of 19 members of staff from her service for certificate forgery. A Staff Certificate Verification Committee constituted by the management carried out its assignment diligently by inviting some staff with questionable credentials to appear before it, during which the affected staff attested that their certificates were forged.