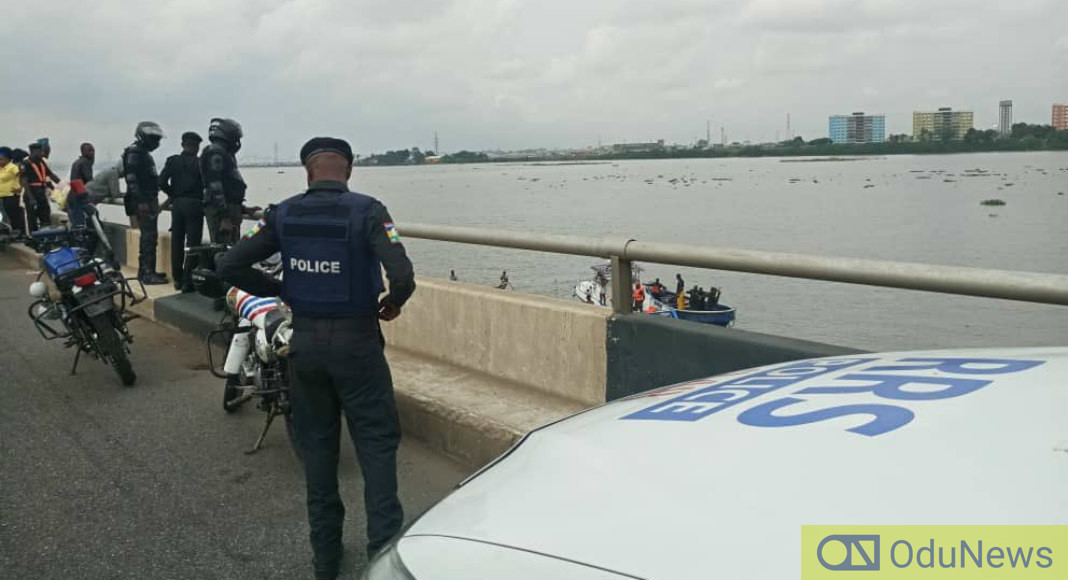 Another young man, who is yet to be identified, around midnight on Thursday, leapt from an Uber car and jumped into the Lagos Lagoon.

This is coming barely 10 days after a man alighted from a cab and jumped into the same Lagos Lagoon.

The man jumped into the Lagoon from the Third Mainland Bridge at midnight, sources in the Rapid Response Squad told The PUNCH on Thursday.

The PUNCH gathered that he landed on floating logs of wood beneath the Third Mainland Bridge.

The cab driver told officials of the RRS that he picked the passenger from Igando, a suburb of Lagos.

He said, “I carried him (the passenger) from Igando and he insisted I pass through the Third Mainland Bridge.

“On getting to the bridge, he asked me whether this was Third Mainland Bridge and I answered yes.

“He told me that he was pressed and that I should wait for him to ease himself. I was curious. At this time, he was forcing me to wait. I stylishly drove him to the point where the RRS men were standing inward Lagos.

“I told him I was no longer interested in the trip before I approached the police officers leaving him inside the car.”

A source, who is also an eyewitness, said, “As soon as the cab driver approached the police informing them of what his passenger was telling him, he (the victim) got down from the Volkswagen Jetta car and jumped into the Lagoon but he landed on floating logs of wood.

“Before he jumped, one of the police officers who saw him approached the railings of the bridge and persuaded him not to jump.”

The PUNCH learnt that the victim was rescued but sustained varying degrees of injury.

“The incident was reported at Adekunle Police Station, Yaba,” The PUNCH was told.