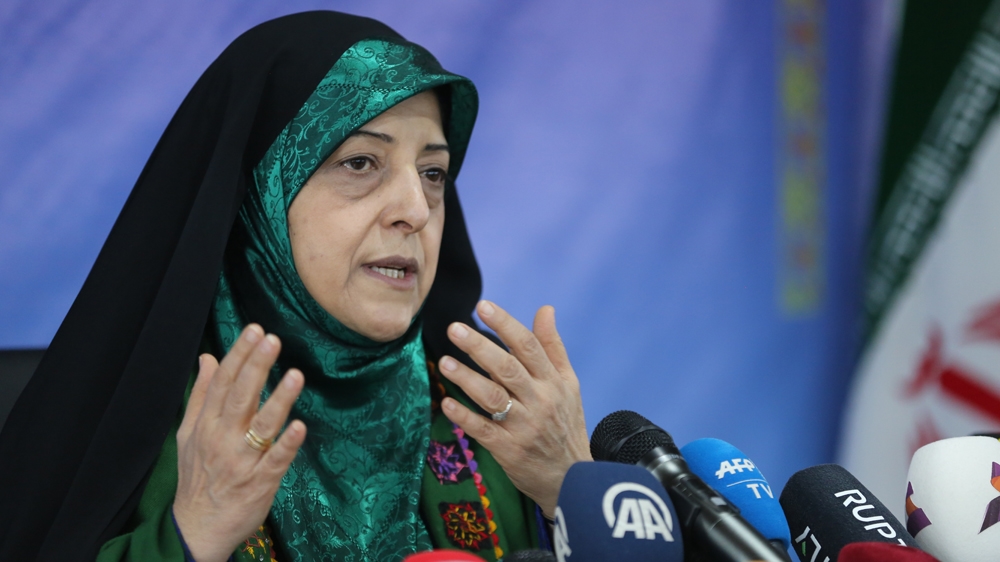 The Kingdom of Saudi Arabia has suspended visas for pilgrims wishing to visit Mecca.

The move was part of attempts to curb the spread of coronavirus to the kingdom, AFP reports.

The foreign ministry said on Thursday it suspended entry to the kingdom for the purpose of Umrah (lesser hajj) and visiting the Prophet’s mosque.

It said it was also suspending visas for tourists visiting from countries where the new virus is a “danger”.

Even as the number of fresh cases has declined at the epicentre of the disease in China, there has been a sudden increase in parts of Asia, Europe, and the Middle East.

Iran has emerged as a major hotspot in the region, where 15 people have succumbed to the disease, officially known as COVID-19.

The Gulf states of Kuwait and Bahrain have also announced additional cases this week.

The vice president is also known as the English-language spokeswoman for the 1979 hostage-takers, who seized the US embassy in Tehran and sparked the 444-day diplomatic crisis.

On Tuesday, Iranian officials confirmed that Deputy Health Minister, Iraj Harirchi, had been infected and was under quarantine.

Iran also cancelled Friday prayers in the capital, Tehran, and elsewhere in the country. The move came in response to a drastic jump in the number of confirmed cases from 100 to 245, with 26 deaths.

The President of the Senate, Ahmad Lawan, on Thursday, accused the Federal Ministry of Health of not putting serious measures in place to prevent the outbreak of coronavirus in Nigeria.

He asked the Senate Committee on Primary Health Care to liase with the ministry to intensify screening of passengers at the nation’s airports and seaports.

Lawan stated this following a point of order by the Deputy Senate Leader, Senator Ajayi Boroffice.

Boroffice drew the attention of the Senate to the failure of health personnel at the airports and seaports to screen passengers coming into the country.

The senator said the coronavirus screening at the South African airport usually take up to 30 minutes before passengers would be allowed to disembark the aircraft.

He said the situation was different on his arrival at the Nigerian airport, when the health officials at the nation’s airports merely issued a form to passengers to indicate if they were sick or not.

He said, “There is no form of any screening of passengers for coronavirus by Nigerian officials at the airport.

“It’s worrisome, situations where travellers coming into the country were not dully screened for the dreaded virus based on his experience at the airport.”

Meanwhile, the Federal Airport Authority of Nigeria has said adequate measures have been put in place to ensure proper screening of passengers arriving into the country.

FAAN stated that no passenger at the international wing of the Port Harcourt International Airport would be allowed to leave without going through the necessary medical checks.

Head, Corporate Affairs of FAAN, Port Harcourt International Airport, Mr Alfred Itua, disclosed in response to the claim by the Senate that proper screening were not carried out at the country’s international airports.

Itua said, ‘’All I have to say is that at the international wing of the Port Harcourt International Airport, we have thermo scanner, which is use to scan the temperature of arriving passengers.

‘’For staff and travellers using the airport, there are sanitisers for washing of hands. There are hand gloves and masks for medical staff who are working there.”

Nigeria still has no confirmed case of the raging coronavirus infection, according to the National Economic Council.

Eleven suspected cases so far in the country have turned negative.

The Minster of Health, Osagie Ehanire, and the Minister of State, Senator Olorunimbe Mamora, gave an update on the disease to the NEC meeting chaired in Abuja by Vice-President Yemi Osinbajo on Thursday.

He said, “In Nigeria, the good news is, yes there have been a total of 11 suspected cases, but all the 11 have turned out to be negative.”

The Lagos State Ministry of Health and the Reddington Hospital Group have said the suspected coronavirus case presented by a Chinese national in the health facility tested negative.

The Medical Director, Reddington Hospital, Ikeja, Dr Olufisayo Balogun, said during a briefing on Thursday that the Chinese national arrived at the hospital at about 5:30am and the medical staff carried out the necessary test on him.

He added that the patient arrived in Nigeria from China seven weeks ago within the incubation period and had not being in contact with anybody.

The Lagos State Government confirmed that the Chinese national had tested negative.

The Commissioner for Health, Prof. Akin Abayomi, in a statement on Thursday said the likelihood of COVID-19 infection in the patient was very low and that the conclusion of investigations and sophisticated testing confirmed that there was no case of coronavirus in Lagos State.

“From our investigation, we gathered that a Chinese citizen who arrived in Nigeria from China seven weeks ago presented at Reddington Hospital yesterday complaining about fever.

“We took up the case, transferred the patient to the State Isolation Unit at the Mainland hospital which is our specialised infectious disease hospital. His blood samples were taken to the Virology laboratory for analysis and it came out negative,” the commissioner said.

New cases higher in other countries than China — WHO

The World Health Organisation has said the number of new cases of coronavirus, recorded outside China has surpassed those within China for the first time within 24 hours.

The Chinese government quoted WHO as saying that in a span of 24 hours between Wednesday and Thursday, coronavirus cases were announced in Denmark, Romania, Norway, Georgia, North Macedonia and Greece. And outside Europe, Algeria, Brazil and Pakistan also reported their first infections on Wednesday.

China in its statement on Thursday said the Brazilian case marked the arrival of the virus in Latin America, which brings the number of infected people to more than 80,000 globally in about 40 countries.

It said, “The number of coronavirus cases in Italy has jumped to 470 and 12 deaths have been reported at the time of writing. The worst-affected areas are in the industrial north of the country, Lombardy, the region around Milan, and Veneto near Venice.”

The Chinese Ambassador to Nigeria, Dr Zhou Pingjian, has asked Nigerians not to panic over coronavirus.

The Chinese Ambassador to Nigeria, in an interview with our correspondent in Jos on Thursday after delivering a public lecture at the National Institute for Policy and Strategic Studies assured Nigerians that every effort was being made to address the problem.

Pingjian said, “We are a serious people and we in China, as the source, are serious about curtailing the coronavirus epidemic.

“We are working with the World Health Organisation and other international partners, including Nigeria to address the challenge of virus. We are communicating with the international populace and if there is any issue that arises, we are ready to respond accordingly. So, Nigerians should not panic over the disease.”