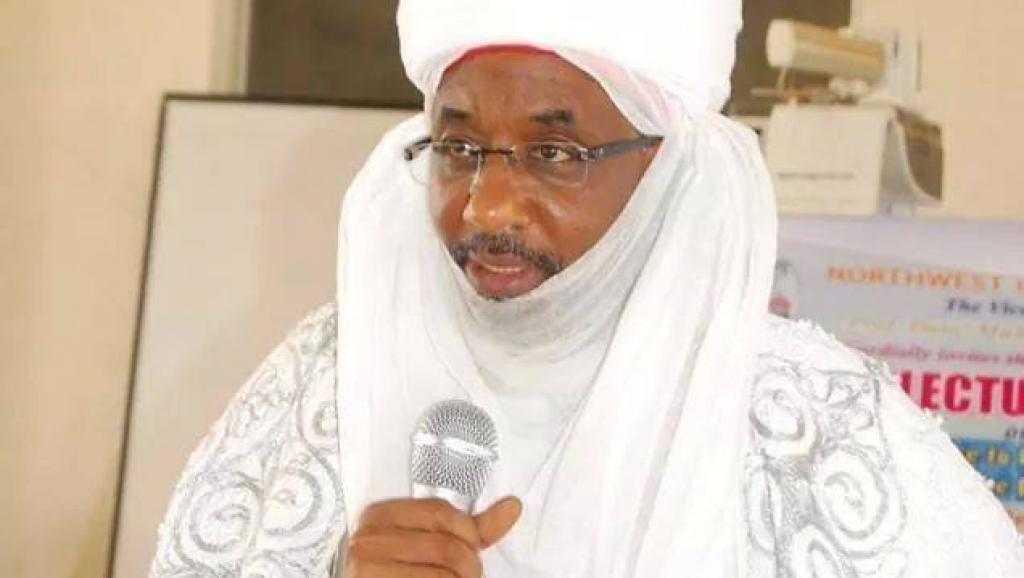 In 2016, at the height of the recession, Sanusi at various forums criticised the economic policies of the President, Maj.Gen Muhammadu Buhari (retd.). He condemned Buhari’s plan to borrow $29.9bn for development of infrastructure across Nigeria. He was berated by the Presidency for his view.

In the same year, he proposed a law seeking to ban polygamy among the poor, a development which was vehemently opposed by the conservative elements in the North.

In April 2017, Sanusi was under investigation by the Kano State Public Complaints and Anti-corruption Commission for the alleged misuse of N6bn. The Kano State House of Assembly soon commenced its own probe.

However, the following month, the Assembly called off its probe following a plea through a letter by the state Governor, Abdullahi Ganduje, which was read by the speaker, Kabiru Alhassan Rirum, on the floor of the House.

In his letter, Governor Ganduje said he was calling for the investigation to be dropped as a result of interventions by highly-placed personalities in the matter.

These personalities, according to the letter, include the then acting president, Yemi Osinbajo; party leaders; former heads of state Ibrahim Babangida and Abdulsalami Abubakar; Sultan of Sokoto, Sa’ad Abubakar; and businessmen and indigenes of the state, Aliko Dangote and Aminu Dantata.

Soon after, he got into trouble with Zamfara State Governor and Chairman of the Nigeria Governors’ Forum, Abdulaziz Yari, over the latter’s comment that meningitis was caused by fornication.

Yari responded saying, “Within a perimeter of weeks, HRH Muhammadu Sanusi II, whose royal tentacles and social networks traverse the length and breadth of this country, lambasted the nation’s economic framework, the northern elite, sub-national leadership especially the governor of Zamfara State, Abdulaziz Yari Abubakar, and the traditional institution of marriage; all frontiers that we hold so dear.”

Between 2017 and 2018, during the President’s long stay in London for medical reasons, there were allegations that Sanusi was scheming to become the Vice-President while the acting President, Yemi Osinbajo, would succeed Buhari.

The allegation was repeated by a former lawmaker, Junaid Mohammed, who said, “Once Buhari was sick in England, he went to Osinbajo. This Emir of Kano was sure that Buhari was going to die. And if Buhari dies, he would like Osinbajo to consider him as Vice-President even though on the surface, he belonged to no party.”

However, the emir’s real battle began in 2019, during the run-up to the governorship election in the state.

Sanusi was accused of supporting the governorship candidate of the Peoples Democratic Party, Abba Kabir-Yusuf.

When the Independent National Electoral Commission announced that the PDP candidate was in an early lead ahead of the re-run, Sanusi held a press conference in his palace where he praised the Commissioner of Police, Muhammad Wakili, who had a few hours earlier, arrested Ganduje’s deputy, Nasiru Gawuna, to the chagrin of the APC and the state government.

Following a violent re-run, Ganduje was declared winner by INEC.

In May of the same year, the Kano emirate was broken into five – Kano, Rano, Bichi, Karaye and Gaya – in a bid to whittle down Sanusi’s powers.

The emir’s N250m property was demolished to pave the way for the flyover and underpass being constructed at the Dangi Roundabout area by the state government, and he was paid N4m as compensation.

Last week, the Kano State House of Assembly set up an eight-man panel headed by the Deputy Speaker, Hamisu Chidere, to investigate fresh allegations that Sanusi abused his office.

The long running battle came to an end on Monday when the state executive council announced his removal.

Culled from The Punch