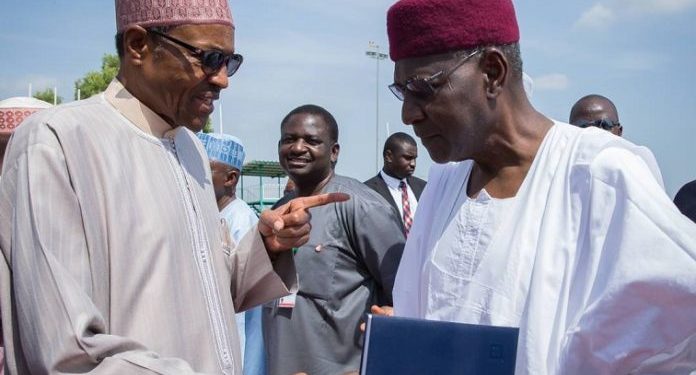 A top government was quoted by SaharaReporters AS saying that persistent coughing by the President raised fears in Aso Villa on Tuesday despite him earlier testing negative to Coronavirus. Since it emerged that Abba Kyari, Buhari’s Chief of Staff, tested positive for the deadly virus, all had not been the same in the Presidential Villa.

Also Vice President Yemi Osinbajo, some ministers, senior government officials, and top business executives who recently had contact with Abba Kyari, have gone on self- isolation, according to news reaching SKYTREND NEWS.

Their self-isolation followed Kyari’s testing positive for COVID-19 after a trip to Germany on February 27, where he had talks with officials of Siemens in Munich on improving power supply in Nigeria. He and the Minister of Power, Saleh Mamman, on March 9, met Siemens officials over the power deal signed with the company.

A top government official, was quoted by Punch Newspaper as saying that there was concern that Kyari and Mohammed could have infected some ministers and governors.

The source stated, “Panic has gripped governors. Kyari went into isolation on Monday, but before that, he had attended the FEC meeting and also travelled to Kogi State to sympathise with the state Governor, Yahaya Bello over the death of his mother.

“Also Bauchi governors attended the NEC meeting on Thursday. There are fears that both of them could have infected their colleagues with the disease.”

Also gripped with fear were those who had visited the Villa in the last one week and met Kyari.

As panic gripped governors and ministers, the Nigeria Centre for Disease Control said on Tuesday COVID-19 cases had increased to 44 from 40 on Monday.