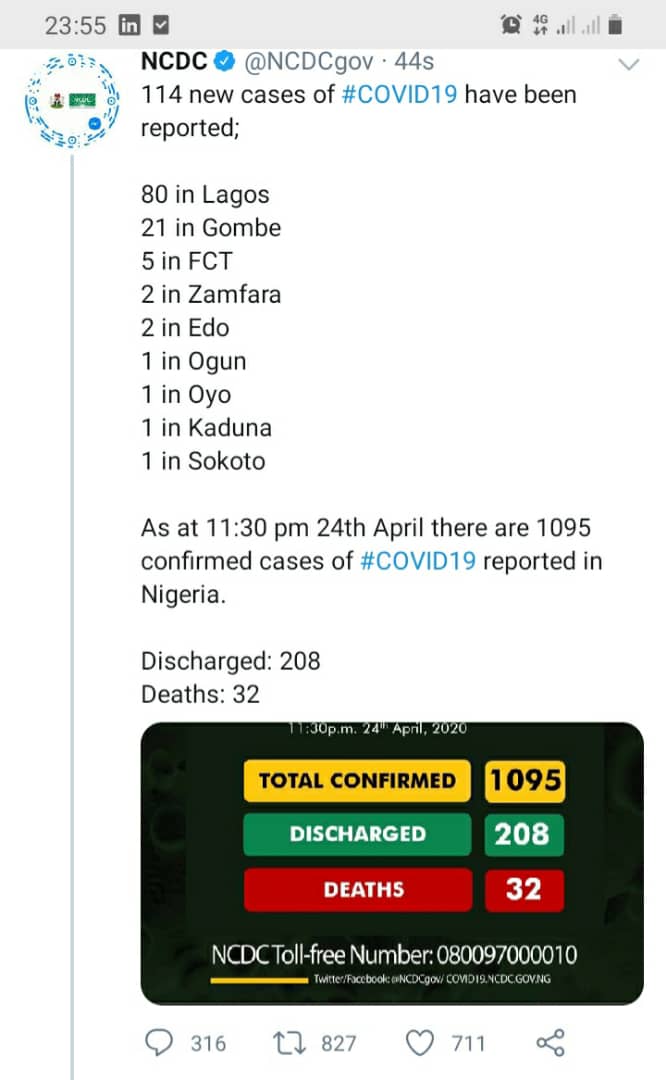 The Nigeria Centre for Disease Control (NCDC) has confirmed 114 new cases of COVID-19 in eight states and the federal capital territory.

The agency announced this on its Twitter handle late Friday.

According to the breakdown, 80 were recorded in Lagos, 21 in Gombe, five in FCT, two each in Zamfara and Edo, and one each in Ogun, Oyo, Kaduna and Sokoto.

“One new state, Zamfara, has reported a confirmed case in the last 24 hours.

It also said that five new cases have been transferred to Lagos from Ogun.

Nigeria has now recorded a total of 1,095 confirmed cases of COVID-19.