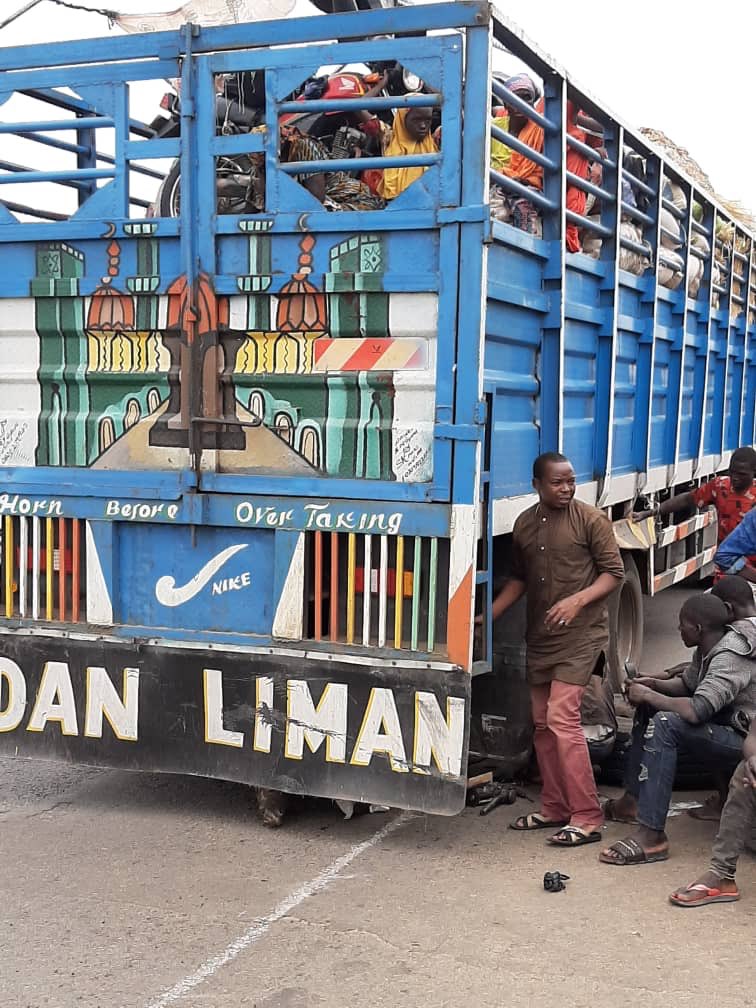 Not fewer than 50 persons from Zamfara state hidden inside Lorry loads of fruits were intercepted in Ilorin by officers of Kwara state police command.

According to Vanguard reports, they were intercepted at the Oyun area close to Kulende junction around Zango area of the state capital.

Reliable sources quoted by the Newspaper claimed that the trailer actually developed mechanical fault around the area, a development that prompted residents of the area to pay attention to the trailer.

While various fruits were piled up on top of the planks that were neatly arranged, no fewer than fifty passengers were hidden inside the lorry.

“It was when the trailer stopped that we closely see that human beings were hidden inside the trailer under the planks” said a resident in the area who craved anonymity.

Kwara State Police Public Relations Officer, DSP Kayode Okasanmi, confirmed the development. He was quoted by Vanguard as saying that the command had prior intelligence report of the incident and therefore intercepted the trailer.

Okasanmi said that the passengers said they were travelling to Ogbomoso to settle there, that they were coming, from Zamfara State.

He said, “Today, acting on actionable intelligence, policemen from Kwara state police Command intercepted a Trailer loaded with supposed fruits but hidden beneath the fruits were women, men and young children totalling 50, being trafficked from Shinkafi in Zamfara State. “We have ordered the trailer to return to the boundary of Kwara and Niger state, for onward journey to where they came from.”