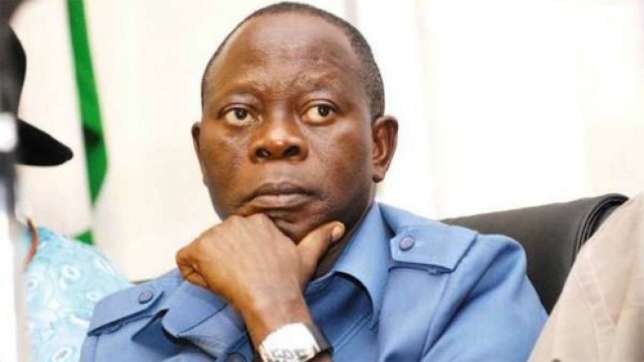 Sacked erswhile National Chairman of the ruling All Progressives Congress (APC), Comrade Adams Oshiomhole says he has accepted the decision of the National Executive Committee (NEC) of the party in good faith.

He also said he has directed his lawyers to withdraw the case in the Supreme Court in respect to the admonition of President Muhammadu Buhari during the NEC meeting.

Oshiomhole who spoke for the first time since the party’s leadership crisis began said he had no regret for all the actions he took while in office.

The former chairman who rated his NWC high for some milestone achievements recorded within the last two years of his leadership, attributed his modest achievements to the cooperation and support of members of the NWC and other organs of the party.

Addressing newsmen in Abuja, the two term former governor of Edo State said: “I thought that it is important that I formally react to the recent events as it affects our party. We are all aware that on Thursday, a special NEC meeting was called and was attended by Mr President, governors, APC leadership of the two chambers of the national assembly and some other leaders of our party.

“At the end of the meeting as you all know, the National Working Committee was dissolved and accordingly I cease to be the Chairman of the All Progressives Congress.”

“Mr President graciously invited me to run for the office of chairmanship of the party in 2018 precisely about two years ago. The President told me then that if we do not reform the APC, we can as well forget about the party.