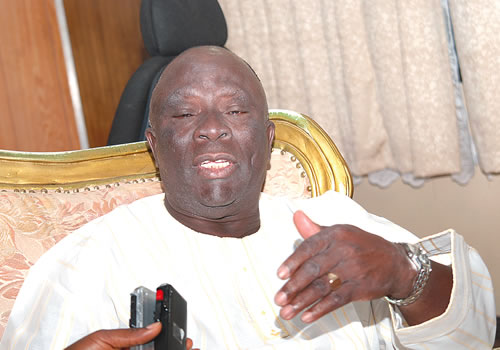 Adebanjo said the national leader was also deceiving the President as he described the APC as a gathering of incompatible persons. He argued that there was no ideology binding the party members together and that it was all about sharing offices and power.

Even though the Presidency said there was no rift between Buhari and Tinubu, many commentators described Thursday’s decision of the National Executive Committee of the APC to dissolve its

Many political stakeholders and analyst believe that the sack of the National Working Committee was a blow to Tinubu, who is believed to be pro-Adams Oshiomhole, the ousted chairman.

There have been widespread claims that Tinubu, a former governor of Lagos State, was eyeing the presidency in 2023, and that the recent development in the party was a way of truncating his ambition.