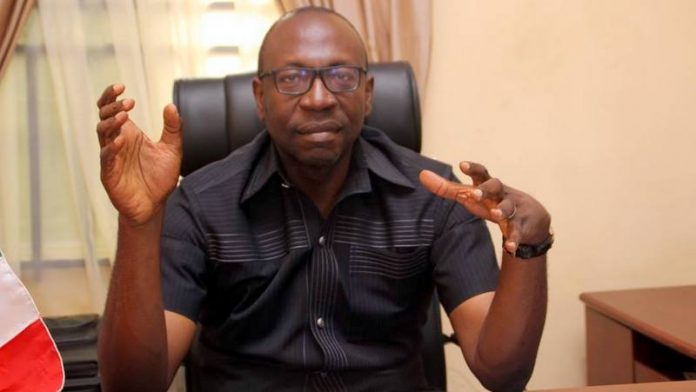 The lawmaker representing Etsako West Constituency 2 in the Edo State House of Assembly, Gani Audu, has emerged as the running mate to the governorship candidate of the All Progressives Congress (APC) in the state, Pastor Osagie Ize-Iyamu.

A source close to Ize-Iyamu, who spoke in confidence, disclosed that Audu was picked to neutralise the impact of Edo Deputy Governor, Philip Shaibu, who is from the area, since the governorship candidate of Peoples Democratic Party (PDP), Governor Godwin Obaseki, insists on vying with Shaibu.

Obaseki, penultimate week, defected from the APC to the PDP following his disqualification by the Prof. Jonathan Ayuba-led seven-member APC’s screening committee.

The September 19 governorship election in Edo State will be a straight fight between Obaseki and the 2016 governorship candidate of the PDP (Ize-Iyamu), who defected to APC last December and was given waiver to contest on May 21 by members of Oshiomhole-led National Working Committee (NWC) of the party.