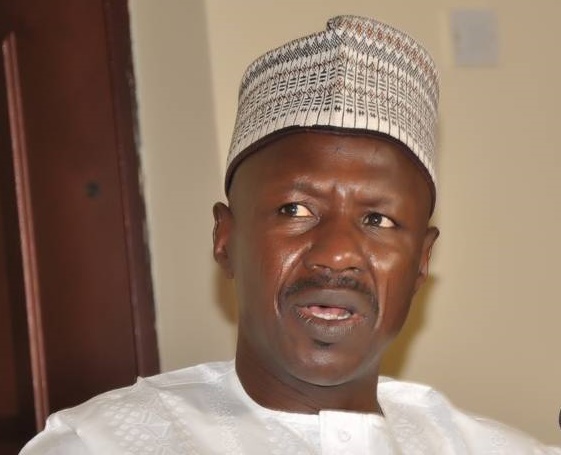 Umar Jibrilu Gwandu, media aide to Abubakar Malami, the attorney-general of the federation, disclosed this in a press statement on Friday.

There had been no official confirmation since Magu’s suspension was reported on Tuesday.

He adds that Buhari also appointed Mohammed Umar as the acting EFCC chairman pending the conclusion of the ongoing investigation of Magu by a presidential panel.

In the EFCC operational hierarchy and by convention, Umar, the director of operations, is next to the chairman, although there is a secretary — who is a civilian.

Gwandu said Magu’s suspension is to allow for “unhindered inquiry by the Presidential Investigation Panel under the Tribunals of Inquiry Act and other relevant laws”.

Suspensions are usually imposed on chief executives under probe to avoid interference with investigations.

Magu was arrested on Monday and whisked to the presidential villa in Abuja where he was grilled the panel, headed by Ayo Salami, a retired president of the appeal court.

He has been in detention since Monday night.

Magu’s travails followed a memo by Malami accusing him of grave malfeasance.

He was alleged to have mishandled the recovered loot and selling seized assets to associates.

He was also alleged to have refused to subject himself to the supervision of the office of the attorney-general.