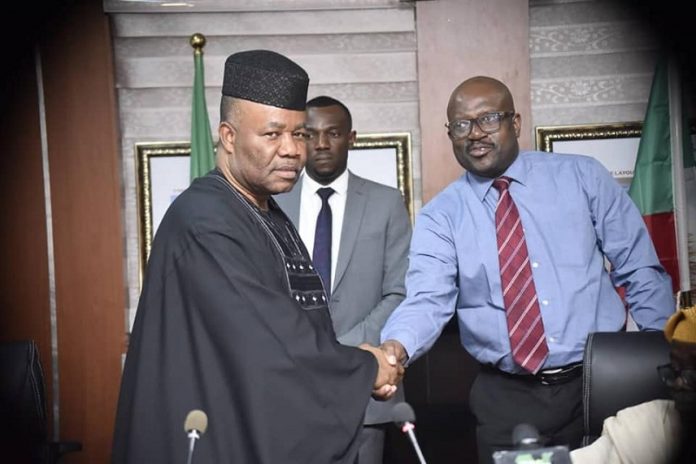 The lawyer said this in a personal letter to the President.

Ojeh said: “We passionately appeal to Your Excellency to curb the excesses of Mr. Akpabio by relieving him of ministerial duties of the Niger Delta. He has not been a good example for our people. The trending exchange of immoral accusations in the social media which focuses on the minister is a dent on the image of the Federal Government of Nigeria.”

He also appealed to President Buhari to take necessary steps to end the corruption in the Niger Delta Development Commission by removing Prof. Kemebradikumo Pondei and Cairo Ojuogboh from the Interim Management Committee.

He said: “It will also be a right step in the right direction to take necessary steps to end the corruption in NDDC by removing Prof. Kemebradikumo Pondei and Cairo Ojuogboh from the Interim Management Committee.”

In the letter to President Buhari and Principal Officers of the National Assembly, Ojeh urged Buhari not to allow the NDDC to go the way of the defunct Oil Minerals Producing Areas Development Commission.

He added: “It is no gain saying that if the Interim Management Committee continue to handle the affairs of the NDDC in the manner antithetical to the fight against corruption and lack of regards to constituted authority, the resultant effects on the on the Commission will be worse than the disgraceful image which destroyed its predecessor, the Oil Minerals Producing Areas Development Commission (OMPADEC, whose name became synonymous with contract scam.”

Why we need to calm down, by Femi Adesina

BREAKING: Virgin Atlantic Airways files for bankruptcy due to Covid-19