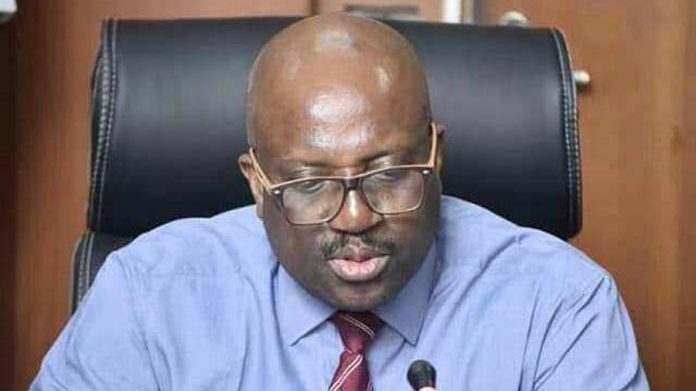 Kemebradikumo Pondei, acting MD (managing director) of the Niger Delta Development Commission (NDDC), passed out during a session of the house of representatives committee probing the commission, on Monday, TheCable Newspaper reports..

He passed out while testifying before the panel.

Other participants at the meeting made spirited effort to revive him.

After he came around, he was taken out of the venue.

The panel subsequently adjourned the session for 30 minutes — though there was a motion that today’s session be adjourned till a future date.

Pondei appeared before the panel last Thursday, but he stormed out of the session after he accused Olubunmi Tunji-Ojo, chairman of the NDDC house committee of complicity in the fraud at the agency.

He said the chairman cannot preside over a case that he is an accused.

Tunji-Ojo withdrew from the session on Monday.

Godswill Akpabio, minister of Niger Delta affairs, is still expected to testify before the panel.

The panel is investigating the alleged mismanagement of N81.5 billion by the interim management of the NDDC led by Pondei.