Nigeria superstars Damini Ogulu aka Burna boy and Ayo Balogun also known as Wizkid might be cooking new music after the duo were spotted in the studio together.

Music fans are excited about the latest photos that surfaced on the internet, which was posted by both artistes.

Wizkid, on the 3rd of September, posted photos of himself with Burna Boy in the studio with no caption.

The Grammy nominee who just released his album, “Twice as tall” tweeted; “Put your cap to D Back #TWICEASTALL.” 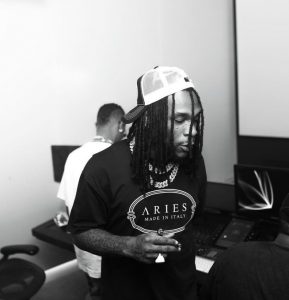 This is coming weeks after the release of Twice as Tall, his fifth album, which is executive produced by the rapper-producer P. Diddy.

Wizkid, had in July announced that Burna Boy will be among the talented A list artistes to feature on his project, Made in Lagos and so far, this is the first time we are seeing the artistes together.

Wizkid also made a subtle announcement via his Instastory last month, August to state that he’s in Lagos, a place Burna Boy has been in since the rise of quarantine and the restriction of movement due to lockdown.

The duo were later seen hanging out in London after the release of Burna Boy’s album.