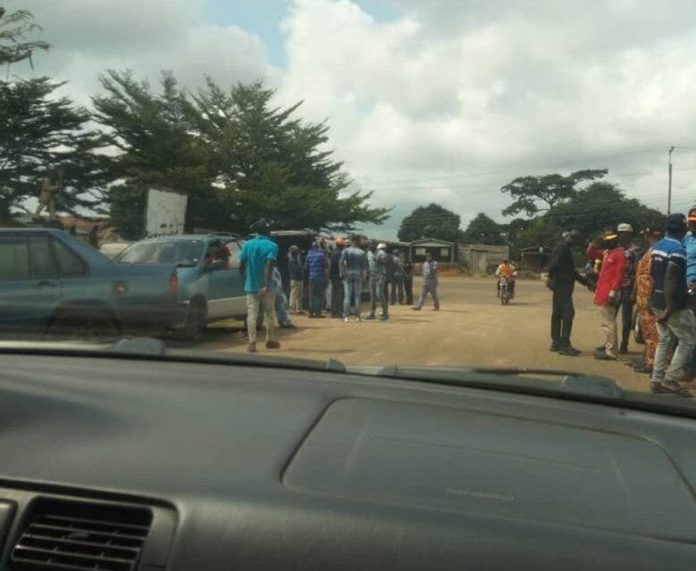 Some political thugs on Monday morning laid siege to the Ondo State House of Assembly, causing panic around the area.

The thugs numbering over 100 were sighted at the main gate of the Assembly complex with scores of their vehicles parked along the road leading to the complex.

It was gathered that the presence of the political thugs was not unconnected with the rancour within members of the state Assembly.

Some lawmakers were alleged to be the target of the thugs.

However, the men of the state police command were said to have prevented the hoodlums from entering into the complex.

The security operatives mounted barricades at the entrance of the complex and scrutinised whoever was going into the Assembly complex.