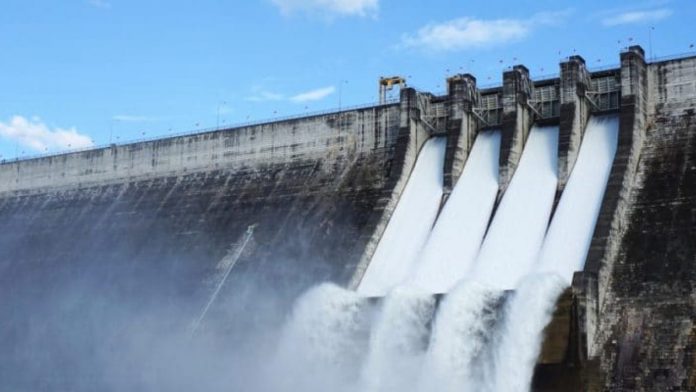 Some Nigerian states may soon experience blackouts following a sudden burst at the Kainji Hydroelectric Dam in Kainji.

The embankments of Kainji dam, one of Nigeria’s hydro-power stations caved in after the opening of the four spillway gates to free surplus water caused by heavy rains.

On Sunday, the management, Mainstream Energy Solution Limited, opened the points but discovered that the dam was impounding more water than it should.

“We opened the 4 spillway gates because of the water pressure. Now, it is hitting the embarkment and will continue to expand if not reinforced. The embarkment is falling, rocks are falling into the water”, an official told Thisday.

The dam, which produces hydroelectric power, is located in New Bussa town in Borgu Local Government Area of Niger State.

Authorities and the firm have shut down the hydro-power station for repairs.

This will take about 760MW of electricity off the national grid.

Abdulrasaq Jakada, a top official of the Emir of Borgu’s palace said the monarch has been informed of the development.

#BREAKING: Kainji Hydroelectric Dam in Niger State has burst its banks. The hydro-power station is about to be shutdown. About 760MW of electricity taken off the grid. Operators rush to forestall environmental disaster. pic.twitter.com/HXmhP0uNyn