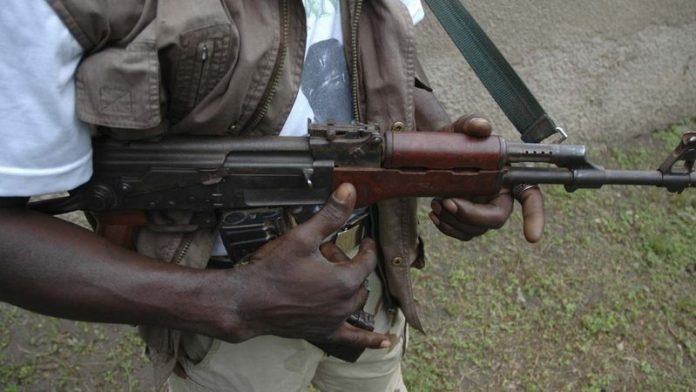 This came less than two days after gunmen killed a director in the Ekiti State Local Government Commission, Mr David Jejelowo, in his house at Ado Ekiti, the Ekiti State capital.

Sources said the gunmen invaded Ijadare’s palm oil-producing factory located along the road and shot dead one person and as well took away the retired army officer and anoother person whose identity could not be ascertained yet.

A source said the bandits, numbering seven, invaded the factory, where they shot at a worker while making efforts to kidnap the retired army officer and the other victim.

The source said, “They shot one of the staff of the factory and killed him. They, thereafter, dragged Major Ijadare and the other staff into the car and zoomed off.”

The Police Public Relations Officer, Ekiti Command, Mr Sunday Abutu, said, “We can confirm to you that a retired US soldier was kidnapped around 2.00 pm today (Tuesday) and one other.

“One person was also killed during the attack at a factory in Ijan Ekiti where the two persons were kidnapped.

“The police commissioner, Tunde Mobayo, has drafted policemen to the place. We are combing the bushes where they escaped. The long arms of the law will catch up with them and we will rescue the two persons.”