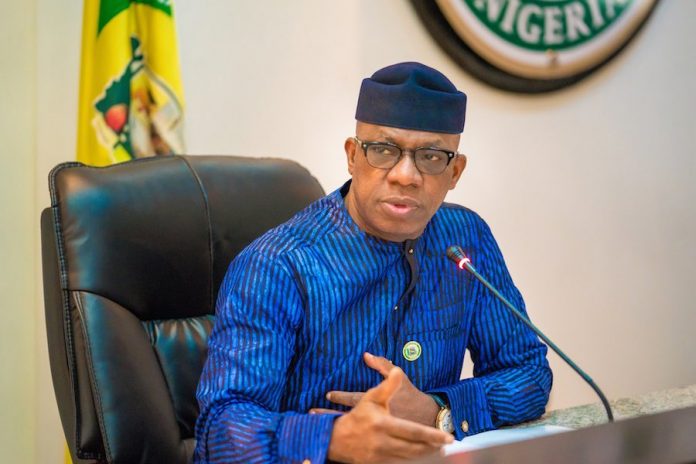 Workers in Ogun State said they are ready for a showdown with the Governor Dapo Abiodun over his refusal to pay the N30,000 minimum wage and other entitlements.

The workers defied Tuesday’s early morning rain to gather for a protest against the state government.

DAILY POST reports that the workers had earlier issued a 14-day ultimatum to Gov Abiodun, asking him to address their demands or risk industrial actions.

As the 14-day ultimatum elapsed, the workers said the state government is yet to reach out to them, accusing it of insensitivity.

The workers, who converged at the arcade ground in the governor’s office, were seen chanting solidarity songs to express their displeasure over alleged negligence by the Abiodun administration.

The workers described the recently passed Pension Reform bill as a ‘killer law’ that should be abolished.

They also demanded the payment of the negotiated minimum wage by the end of September.

It was gathered that some labour leaders in the state are currently meeting with the state government to deliberate on some of the issues raised.

The workers had earlier threatened to embark on strike if their demands were not met.