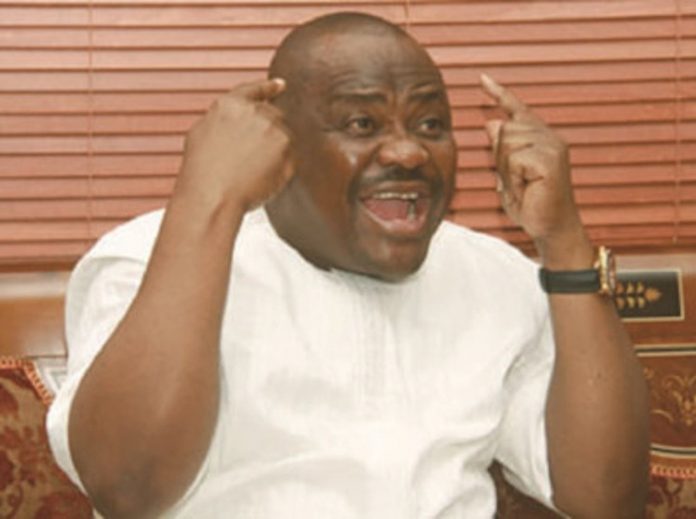 The Rivers State Governor, Nyesom Wike, has described the governorship election in Edo State on Saturday as a fight for the destiny of the Niger Delta region.

The governor spoke on Thursday during a meeting organised for leaders and elected representatives of the Peoples Democratic Party in Benin, the Edo State capital.

Wike urged them to discard fear and threats of violence as they resolve to participate in all the electoral processes.

He charged them to monitor the distribution of electoral materials and be vigilant to protect their votes.

“The electoral battle may not be easy. But God is with us. With the people also on the ground, we will win.

“Let me tell you, God forbid that APC wins; if they do, all of you here would have failed because your political life will be in jeopardy.

“They will come with federal might, but do not fear because we have the electorate on our side. They did the same in Rivers State; the people resisted them by protecting their votes,” he stated.

Wike also expressed the need to mobilise the people of Edo for the gubernatorial election with the aim of liberating the state from godfatherism.

“This is an opportunity for you to fight for the liberation of Edo State. You must all say enough is enough. One man should not be allowed to continue to insult Edo people. The godfather thinks what he says will always be. This is the time to stop him.

“We want all the states in the South-South to be united. So, it is the best time to join your kith and kin from other Niger Delta states. This election is a fight for the destiny of the region. Edo State cannot continue to be alone,” a statement by the Rivers State Commissioner for Information and Communications, Paulinus Nsirim, quoted Wike as saying,

The governor also said the party representatives had done extensive campaigns from ward to ward and should work together to deliver the PDP during the election.

Wike, who is also the Chairman of the PDP National Campaign Council for Edo State, advised the electorate not to be violent in their determination to liberate the state from godfatherism.

He said party faithful also needed to know how to be part of history in securing the future of the state.

Also, the Edo State Governor, Godwin Obaseki, said the meeting was at the instance of Wike, the Chairman of the PDP National Campaign Council for Edo State.

Obaseki noted that the meeting would address grey areas and other important issues required to secure electoral victory for the party.

Edo State Chairman of the PDP, Anthony Aziegbeme, said they had started to be vigilant and would resist any form of hijack of electoral materials.