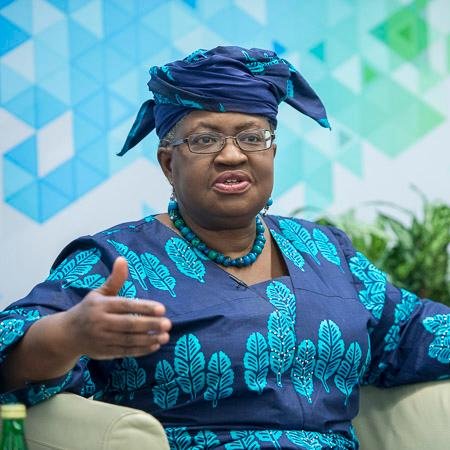 World Trade Organization dropped three candidates from the race to be the next Director-General of the body.

It also plans to reduce the contestants to two final candidates in the coming weeks.

Nigeria’s Ngozi Okonjo-Iweala still remained in the race, according to Bloomberg on Friday.

Okonjo-Iweala is a former finance minister in Nigeria and former Managing Director of the World Bank.

“Their expertise and high professional and personal qualities are highly valued and respected by all members,” WTO General Council Chairman, David Walker, said in a statement on Friday.

The second phase of consultations would begin on September 24 and run until October 6 after which the WTO would announce two final candidates.

The goal was to name a new leader by November 7.

The vacancy arose when Brazilian director-general, Roberto Azevedo, decided to step down at the end of August, a year before his term was due to end.

The remaining contenders were all current or former ministers, something that trade officials had previously said was an important characteristic for a future Director-General.

The campaign to lead the WTO during the most turbulent period of its 25-year existence was playing out against the backdrop of the pandemic, a worldwide recession, the US-China battle for trade supremacy, and the American presidential election.

The vacancy offered an opportunity for the US, the European Union, and other nations to reshape the organisation, whose mission of economic integration was under threat from protectionist policies around the globe.

Without reform, it risked being sidelined during the biggest economic crisis in a century.