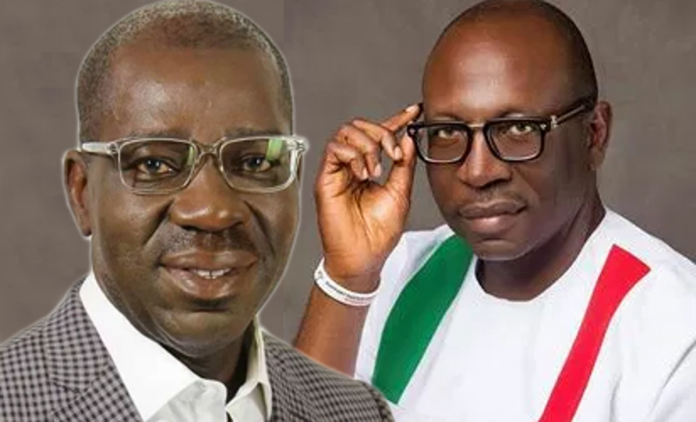 There was drama at the polling unit of Governor Obaseki – Oredo Ward 4, Benin City – on Saturday.

The drama started when an unidentified man at Oredo Ward 4, Benin City, attempted to disrupt the voting process in Unit 19.

The man had argued that since a group of persons disrupted his voting unit, he would disrupt Ward 4, Unit 19, where Governor Godwin Obaseki and his wife, Betsy are standing in the queue to vote.

The man was carried out of the place.

As of 10 am, the Edo State Governor, Godwin Obaseki, had yet to arrive at his polling unit in Emokpae Model Primary School, Oredo, Benin City.

The situation caused a crowd build-up at the polling unit, as some of the electorate who had voted decided to stay behind in other to see the governor.

A voter, who gave his name as Odion, told The PUNCH that “I have voted, but I have to see the governor when he is voting.”

Another voter, who spoke on the condition of anonymity, said she was around after voting because she was enjoying the peaceful atmosphere at the venue of the exercise.