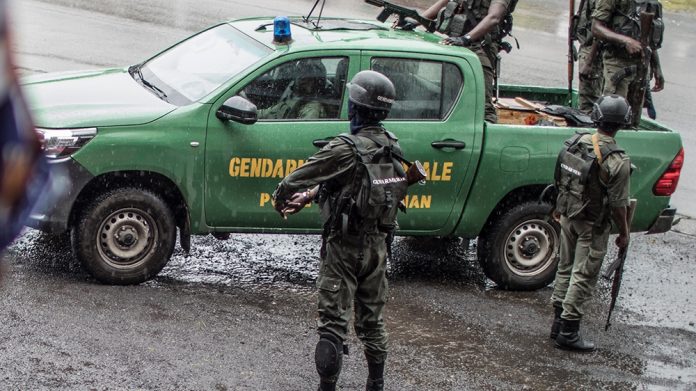 (AFP) Four Cameroonian soldiers were sentenced Monday to 10 years in prison and another to two years for the execution-style killings of two women and their two children in a region where the army is fighting jihadists.

A video was broadcast on social media in July 2018 showing soldiers shooting two kneeling blindfolded women as well as a baby on one of their backs and a girl.

The government initially denied the involvement of its army, but later arrested seven suspects. Two were acquitted.