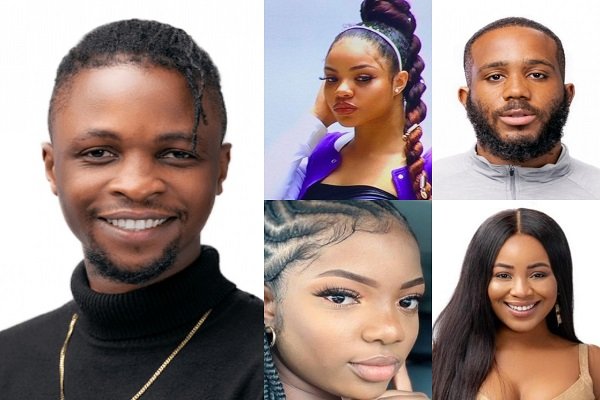 Some of these followers had less than 2k followers before getting into the House but now have massive following.

The #BBNaija Lockdown season kicked off on Sunday July 19 ends on September 27. It has been regarded as one of the most viewed editions since the show started.

Housemates of the reality TV show have automatically made names for themselves with all of them gathering massive followers even before they were evicted from the show on social media.

Some of them had less than 2k followers before getting into the House but now have massive following.

Laycon’s wisdom and humble disposition have helped in winning the heart of viewers through his stay in the House. This has reflected in the rapid increase in his following on Instagram and twitter

Also, Laycon was the first Housemate to be verified on July 22, a few days after the show began before others started getting their blue ticks.

Here are BBNaijalockdown Housemates with the most followers:

Olamilekan “Laycon” Agbeleshe is a 26-year-old singer and rapper from Lagos. He’s a graduate of philosophy from the University of Lagos, who started his musical journey early. He has emerged as the most followed BBNaija season5 housemate on social media. He currently has more than 1 million followers. He has about 1,154,000 followers on Instagram.

He is one of the five Housemates left to contest from the N85million prize on Sunday. Many people have predicted Laycon as the winner of this year’s Big Brother Nigeria.

Kiddwaya is the son of billionaire Terry Waya. Kiddwaya’s father, Terry, is a popular socialite known for his love of the Italian luxury fashion label Versace.

Kiddway was evicted on Sunday 13, 2020. He is the second most followed BBNaija lockdown House with 950,823 followers.

Rebecca “Nengi” Hampson, 22, is an entrepreneur from Bayelsa. She is a former model and MBGN top five contestant who loves learning new things, having fun, travelling, taking on new adventures, and being true to herself.

She is one of the five Housemates left to contest from the 85million prize on Sunday.

Nengi is the third most followed with 915,319 followers.

Erica Nlewdim is an actress who studied Business Administration at Covenant University and graduated at 19. She went further to study screen acting at the Met Film School in London.

On September 6, 2020, Erica joined the list of disqualified Housemates from the reality TV show after getting a third strike.

She is the fourth most followed BBNaija housemate with 912,483 followers.

Dorathy Bachor is a 24-year-old entrepreneur from Lagos. She believes she is the only one who should make you smile. Her boldness proves she’s an asset in Big Brother Naija Lockdown season.

She is one of the five Housemates left to contest the N85million prize on Sunday.

She is the fifth most followed BBNaija Housemate with 821,137 followers.