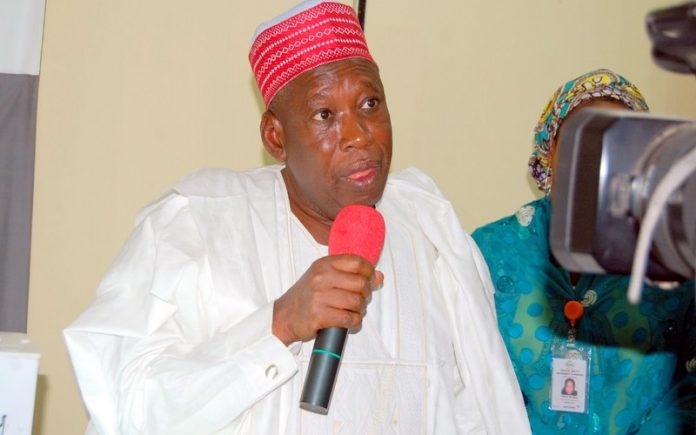 Following his visit to President Muhammadu Buhari, Governor Ganduje has finally reacted to the death sentence imposed on a musician.

Kano State governor, Abdullahi Ganduje, has reacted to the death sentence given to a musician, Yahaya Shariff-Aminu for a song deemed to be blasphemous against Prophet Mohammed.

Sahara Reporters reported that the Governor while breaking his silence said the musician has the right to appeal his judgement up to the Supreme Court of Nigeria.

Ganduje said this when he spoke with journalists in Abuja following a meeting with President Muhammadu Buhari.

He said that while the musician had appealed the judgment of the Sharia Council, the state was waiting for the decision of the court.

“He has already appealed. That process is going on and that process will continue up to the Supreme Court.

“For the time being, we are waiting for the judicial processes,” he said.

Ganduje also said the President has been put on notice but refused to disclose the position of Buhari on the matter.

Shariff-Aminu, 22, was sentenced by an upper Sharia court in Kano last August after he was found guilty of blasphemy for a song he circulated via WhatsApp in March.

The musician through his lawyer, Kola Alapinni, has appealed the death sentence.

Alapinni said the Kano State Penal Law 2000 was unconstitutional, null and void, having grossly violated and conflicted with the constitution of the Federal Republic of Nigeria (1999) as amended and has violated the Human Rights and the Universal Declaration of Human Rights.