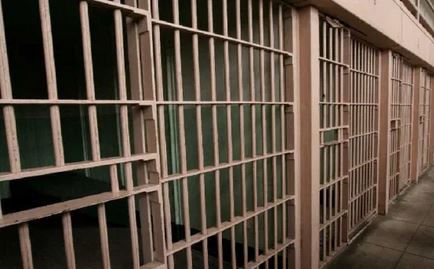 The two were arraign before the Chief Magistrate, Nasiru Mauzu, on three counts of criminal conspiracy, criminal breach of trust and criminal misappropriation.

Jibrim Imam, the Chariman of All Progressive Congress in Niger State, and the treasurer, Shaffi Abdulsalam, were on Wednesday remanded at the Minna Correctional Center a Chief Magistrates’ Court pending the ruling on their bail application on Friday, The PUNCH reports.

The two were arraign before the Chief Magistrate, Nasiru Mauzu, on three counts of criminal conspiracy, criminal breach of trust and criminal misappropriation.

The prosecutor, ASP Ahmed Saidu, said Iman and Shafi, along with the two others still at large, connived to misappropriate nearly N800m belonging to the state APC.

The prosecutor also claimed that the accused “also misappropriated other funds of the APC Niger State, and you all dishonestly converted to your personal uses the said money,” adding that the money was withdrawn by the accused without memo and have remained unaccounted for.

The prosecution alleged that the welfare officer of the party, Alhaji Muka Fasasi, confessed to have collected N4.8m from members of the state House Assembly which the accused allegedly shared.

The prosecution said he was opposed to their being granted bail, as the two of the accused were still at large.

However, counsel for the accused, Isah Suleiman, urged the court to admit his clients to bail”.

The chief magistrate reserved the ruling on the oral bail application till Friday and directed that the accused should be kept in custody.