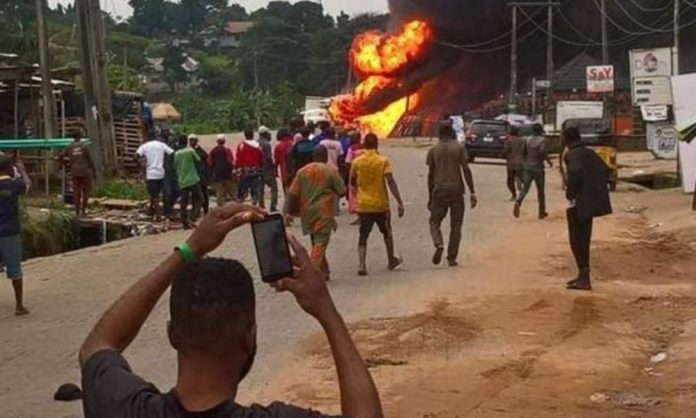 Many people were injured in a gas explosion that occurred at Iju Ishaga, Lagos State on Thursday.

It was learnt that many vehicles were also burnt.

The PUNCH also gathered that some buildings around the scene of the explosion suffered a partial collapse.

An eyewitness, Ikechukwu, said, “We just heard a loud sound around 03.30 pm and we suddenly began to see smoke. The explosion is massive and we are not sure of the casualties, but many people are injured.”

The spokesperson for the Lagos State Emergency Agency, Nosa Okunbor, confirmed the incident.

He noted that emergency responders have arrived at the scene of the incident.

He said, “On arrival at the scene, it was observed that there was a gas explosion.

“Further investigation revealed that a truck had a lone accident and exploded.

“The impact of the explosion affected adjoining buildings and several vehicles were burnt.

“Several persons were injured and have been taken to the nearest hospital for treatment.

“The inferno is being tackled by the combined efforts of the LASEMA Response Team led by the Director Operations, LRU Fire, LASG Fire Service, Nigeria Police Force, and NSCDC.