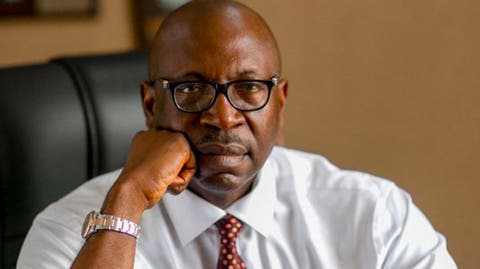 The All Progressives Congress candidate in the September 19, 2020 governorship election in Edo State, Osagie Ize-Iyamu, has said contrary to media reports, he did not beg his rival and Peoples Democratic Party candidate, Governor Godwin Obaseki, to return to the APC.

The Independent National Electoral Commission had declared Obaseki winner of the election. The re-elected governor polled 307,955 votes to defeat Ize-Iyamu, who got 223,619 votes.

The PUNCH and other media platforms had earlier reported that the APC candidate appealed to Obaseki to return to the party after Saturday’s victory.

But in a statement on Thursday by the Pastor Osagie Ize-Iyamu Campaign Organisation and signed by the organisation’s Director of Communication and Media, John Mayaki, the APC candidate denied the report.

The statement was titled, ‘I have not addressed the press after election – Ize-Iyamu’ and published on the website of the organization, pastorosagieizeiyamu.com.

It partly read, “The Pastor Osagie Ize-Iyamu Campaign Organisation has called on the traditional media to perform due diligence in reporting events arising from Edo State, as unprofessionalism would render them as tools for PDP.”

It said Mayaki “reacted to claims that APC candidate, Pastor Osagie Ize-Iyamu appealed to Governor Godwin Obaseki to return to APC yesterday at a press conference in Abuja.”

Mayaki noted that nothing of such happened, adding that “the video in reference is from three months ago, not after the election but doctored by Governor Obaseki media handlers to seek undue legitimacy.”

Editor’s Note
In the story, ‘Return to APC, Ize-Iyamu begs Obaseki’, published in The PUNCH of Thursday, September 24 and Punchng.com, we reported that the candidate of the All Progressives Congress in the 2020 governorship election in Edo State, Pastor Osagie Ize-Iyamu, had appealed to Governor Godwin Obaseki to return to the APC.

We have discovered that this story, based on a report filed by our Edo State correspondent, is untrue as it was based on an old video clip.

We therefore wish to apologise to Pastor Ize-Iyamu for the embarrassment this story might have caused him.

We are currently reappraising our editorial processes to ensure that this lapse does not recur.