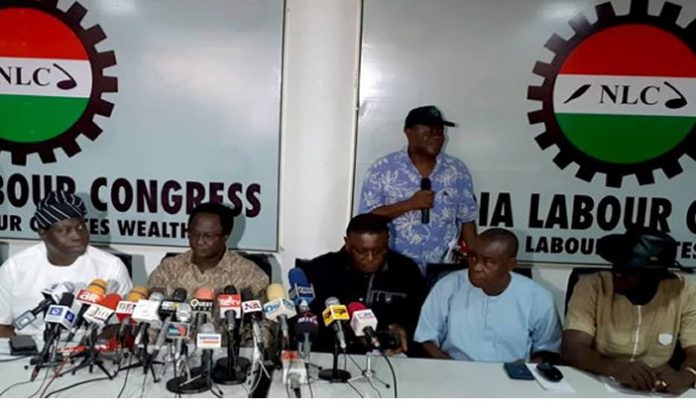 The Federal Government has obtained a fresh order stopping the Nigeria Labour Congress and the Trade Union Congress from embarking on their planned strike which is to start on Monday.

The restraining order was issued on Friday by Justice Ibrahim Galadima of the National Industrial Court in Abuja, following an ex parte application by the Office of the Attorney-General of the Federation.

This came barely 24 hours after the same judge made a similar restraining ex parte order in favour of a group, Peace and Unity Ambassadors Association, on Thursday.

The duo of Acting Director of the Department Civil Litigation of the Federal Ministry of Justice, Mrs Maimuna Shiru, and Mr Tijjani Gazali, led the Federal Government’s team, who moved the ex parte application that was later granted by Justice Galadima on Friday.

The NLC and TUC had jointly declared to embark on a nationwide strike on Monday to press for the reversal of the recent hike in electricity tariff and petrol pump price.