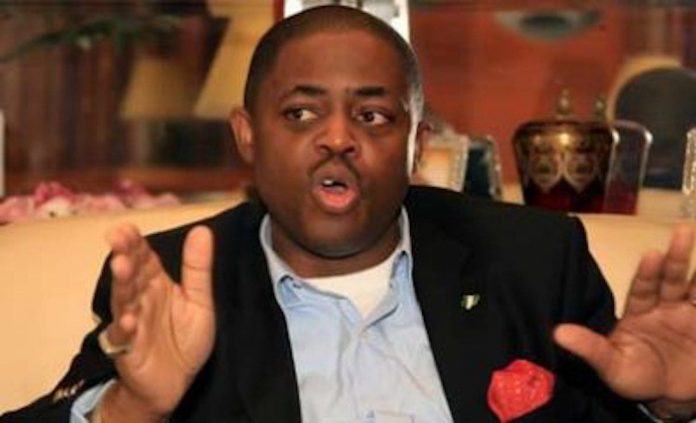 Femi Fani-Kayode, a chieftain of the Peoples Democratic Party, PDP, has condemned the suspension of Governor of Ekiti State, Kayode Fayemi on Friday.

Fayemi was suspended by the State Executive Committee of the All Progressives Congress (APC) for ‘numerous anti-party activities.

The party had in a statement claimed that Fayemi hosted a bigwig of the Peoples Democratic Party (PDP), Femi Fani-Kayode, five days before the Edo Election, during which they planned a coup against Edo APC.

He tweeted, “@kfayemi is a loyal member of @OfficialAPCNg whilst I am in @OfficialPDPNig. Accusing him of “anti-party activities” & attempting to suspend him from his party because I visited him to discuss national & SW issues is absurd. Is it “anti-party” to meet with a friend of over 30 years?

“We must accept the fact that talking to those that we do not agree with politically is something that ought to be encouraged. Politics is not war!”