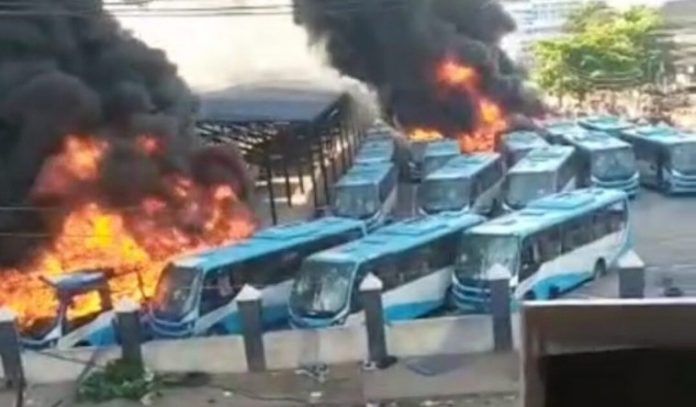 In the wake of mass destruction and burning of public infrastructure in Lagos State by hoodlums, the Nigerian Government has deployed more military forces to guard public assets in the state.

Lagos State Governor, Babajide Sanwo-Olu, made this known on Thursday morning while speaking in an interview on Arise TV.

Sanwo-Olu says the Chief of Defence Staff, Gen Abayomi Olonisakin; and the Chief of Army Staff, Lt Gen Tukur Buratai called him on the phone on Wednesday.

He said the two security chiefs asked to deploy more troops to secure public assets and he said, “Why not? Our airports and other public buildings must be secured.”

There have been reports of widespread arson and violence in the past few days as rampaging hoodlums looted, razed and destroyed public assets.