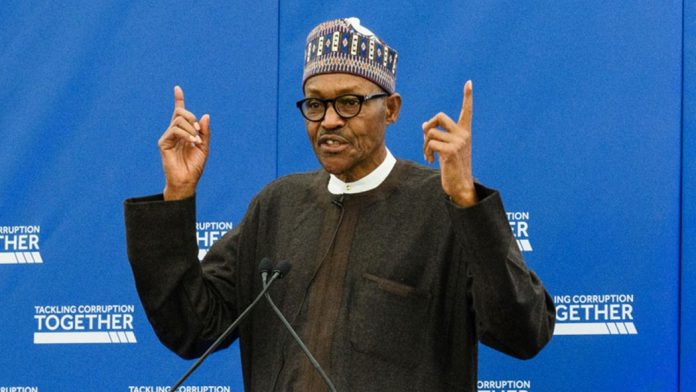 Almost a week after, President Muhammadu Buhari has broken his silence on the shooting of #ENDSARS protesters in Lekki, Lagos by suspected security operatives.

He vowed to ensure justice for “peaceful protesters who lost their lives.”

The President, in a statement by his Senior Special Assistant on Media and Publicity, Garba Shehu, explained he decided not to talk on the shooting incident until he had access to all the facts.

He also promised property owners and business owners affected by the arson across the nation would get justice.

Buhari, according to the statement, said:

The statement said: “As the Judicial panel of inquiry set up by the Lagos State Government, one of the more dozen states to do so, starts sitting on Monday, President Muhammadu Buhari has expressed his full support and optimism that it will assist the nation to give justice to peaceful protesters who lost their lives, security men who were murdered and property owners whose assets were vandalized and looted.

Read Also: JUST IN: Attacks on Lagos targeted at weakening South West economy – Govs
“The President, who said he had all along avoided going into a debate about the Lekki Toll Gate incidents until all the facts are established, appealed to the people all over the country to maintain peace and brotherhood as the machinery of the government and the wheel of justice turn against the perpetrators of murder, arson, stealing, rape, assault and malicious damage to public and private property.

“President Buhari reiterated his appeal for calm, brotherhood and communal harmony, telling Nigerians not to turn on each other in hate as according to him, peace, brotherhood, and inter-communal harmony are central to the nation’s ethos.

“He said it is important that the police and other security agencies move everywhere to restore calm and normalcy as quickly as possible.”

The statement added: “A government that has launched a massive crackdown on corruption, brought in strong laws for a decisive battle against corruption, pursues loot recovery at home and abroad, and taken strong decisions against those who thought they were above the law, will not fold its arms when an otherwise legitimate and peaceful protest is turning into free-for-all vandalism and looting.

“While the administration has, for its part, blocked so many means of looting public money in a war against corruption, it is the expectation that all civil authorities, community and religious leaders in the country must rise against the organized looting and plunder we are witnessing in parts of the country.”