Youths have announced plans to organise a counter-protest at the Lekki tollgate on Saturday, February 13. 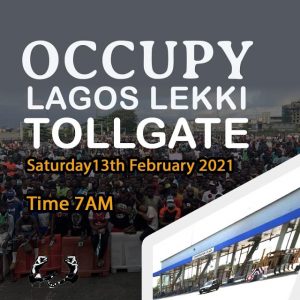 This is coming a few hours after some youths took to Twitter to call for a protest against the reopening of the Lekki tollgate.

It had been reported that the Lagos State Judicial Panel of Inquiry probing the alleged killing of #EndSARS protesters by soldiers at the Lekki tollgate had, on Saturday, approved the reopening of the tollgate.

However, four out of the nine members of the panel faulted the report of the forensic experts hired to comb the scene for evidence.

The counter-rally, which is trending on Twitter as #DefendLagos and #DemNoBornYourPapaWell, is to protest against protesters of #OccupyLekkiTollGate. 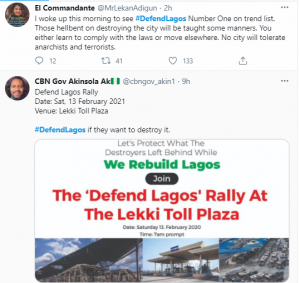 The poster of counter-rally shared on social media showed that it is holding at the same venue and time as the one planned by the #OccupyLekkiTollGate protesters.