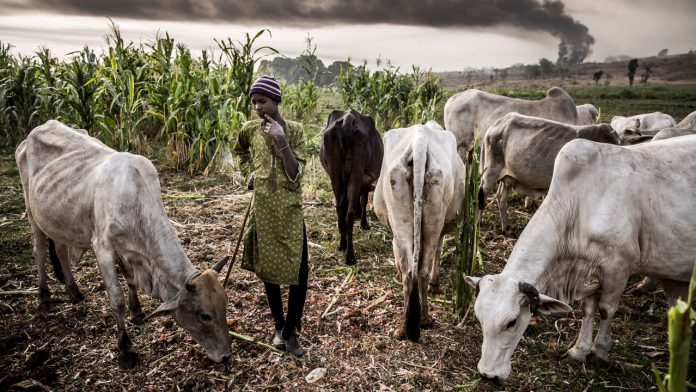 A non governmental organisation (NGO), The Lower Niger Congress (LNC) has condemned the continuous hostility and violence by alleged killer Fulani herdsmen in the South-South, South-East, and in the Middle Belt territory.

In a communique signed by its Secretary General, Mr Tony Nnadi and sent to SKYTREND NEWS, the group says the alleged killings and trespassing onto farms, forests and lands belonging to communities in the South region would not be happening if the indigenous people were allowed to make their own Constitutions.

Read the group statement in Full:

Lower Niger Congress (LNC) decisively condemns the deliberate antagonism, hostility and deadly violence that Fulani herdsmen and their armed militias are causing in the ancestral lands of indigenous peoples in the South-South and South-East, and in our NINAS Alliance (indigenous Peoples of Middle Belt-and South) territory.

Killings and Trespassing onto farms, forests and lands belonging to others and other communities would not be happening had indigenous peoples made their own Constitutions. As things stand, the indigenous peoples of the Middle-Belt and Southern Nigeria (NINAS) having declared a Constitutional Force Majeure to decommission the illegitimate 1999 Constitution, Nigeria is now a Disputed Project. It is the expectation of the LNC and the rest of the NINAS Alliance that an honest and timely engagement with the Five Demands of the Constitutional Force Majeure Proclamation will precipitate an orderly Process for the resolution of the rapidly degenerating Nigerian Situation.