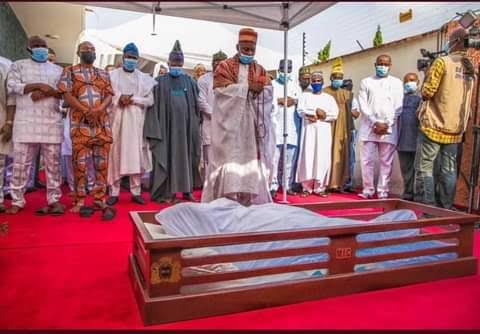 The remains of the first Civilian Governor of Lagos State, Alh. Lateef Jakande was today, interred at Vaults and Gardens Cemetery, Ikoyi under strict observance of COVID-19 protocols. 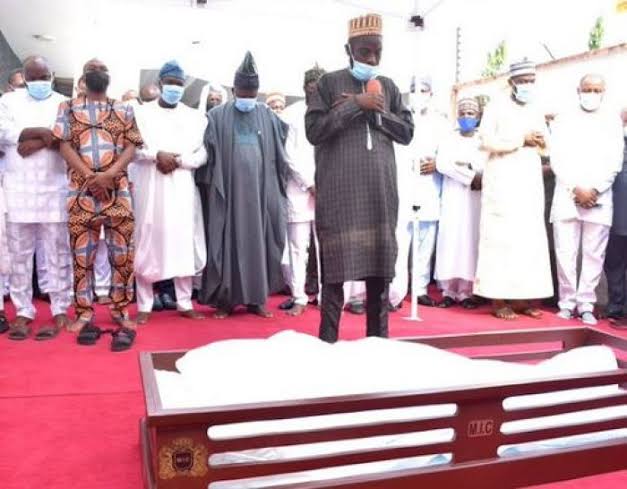 The News Agency of Nigeria (NAN) reports that the burial was preceded by Islamic prayers at his residence, number 2 Bishop St., Ilupeju, Lagos state in the morning. 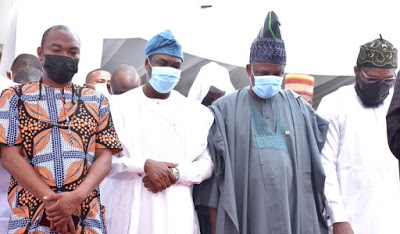 Several dignitaries from across the country and clerics were at the funeral of the late ex-governor to pay him their last respect at the cemetery. 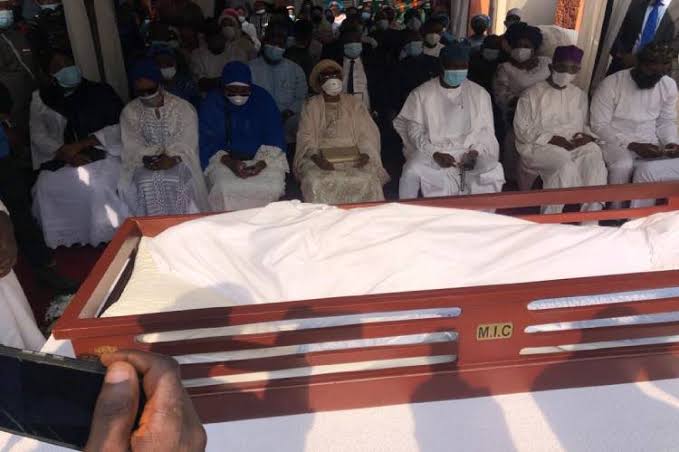 Among the dignitaries at the cemetery were Gov. Babajide Sanwo-Olu of Lagos state and his deputy, Dr Obafemi Hamzat, former Ogun governor; Chief Olusegun Osoba; Chief Imam of Lagos, other Imams among other personalities.

Several personalities waited anxiously at the cemetery for the arrival of the body before the corpse was eventually brought at exactly 5:21 pm. 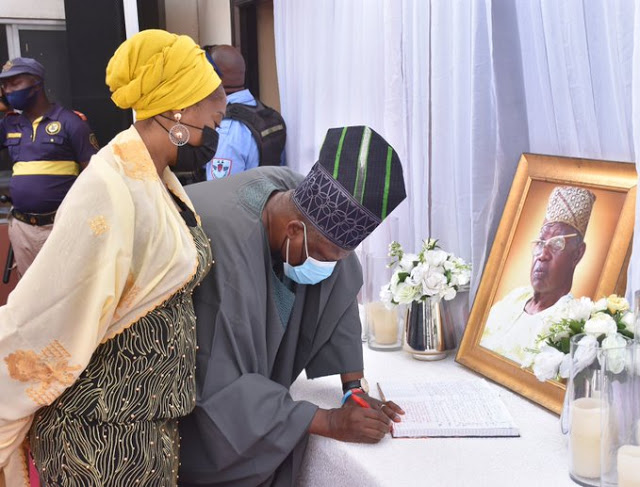 Imams and dignitaries were well-positioned under heavy security provided by operatives of the Nigeria Police, and Soldiers to ensure a hitch-free ceremony as Islamic rites were conducted before the internment at exactly 5:45pm.

Islamic clerics from various Lagos divisions took turns to offer long prayers for the repose of the soul of Jakande in Aljanal Firdau.