The convener of the Face of Niger Delta Cultural Pageant (FONDCUP), Elizabeth Era, is very passionate about promoting the rich cultural heritage of the Niger-Delta region of the country and she doesn’t hide it. 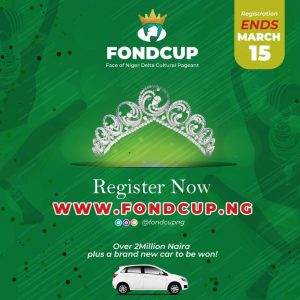 Her words, “I chose to do a cultural pageant because I want to showcase the rich cultural heritage of the Niger Delta people. People don’t really know much about our culture and who we are. People only get to know about the activities of militants, kidnappers and other criminals but I want to change all that. I want to show the world that there is something very beautiful about the Niger Delta people, and it’s not just because our maidens are beautiful and intelligent women. We are trying to identify with our culture and tradition.”

“The Niger Delta region has been known to be a hostile region over the years and this pageant is fashioned to promote peace, socio-cultural integration, tourism, human capital development and advocacy projects in Nigeria,” she adds. 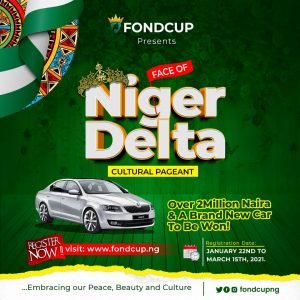 According to her, FONDCUP is anchored on embracing peace, beauty and culture while fostering a community of young maidens of the Niger Delta region, who would define the next generation of female leaders in the Nigerian society. Moreso, it is designed to have a logo as a common identity for the Niger Delta people.”

Era who is also a serial entrepreneur reiterates that, “we are beautiful and kind people in Niger Delta with a plethora of resources and rich cultural heritage, which we will be show casing to the world through this cultural Pageant.” 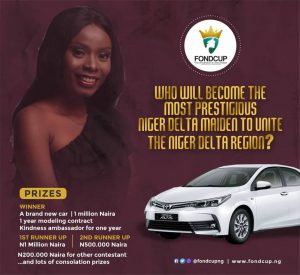 The overall winner of the pagent will emerge as the crowned face of Niger Delta Cultural Pageant, and go home with a brand-new car, one million naira, a telecommunication deal and World Kindness Ambassador for One Year.

The first runner-up would also get N1m, be trained in a skill of her choice and get to work with Husstorm Technologies while the second runner-up would get N500,000 with other opportunities. At the end of the pageantry, each of the contestants would go home with N200,000. 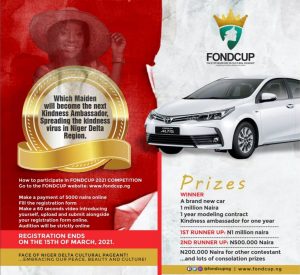