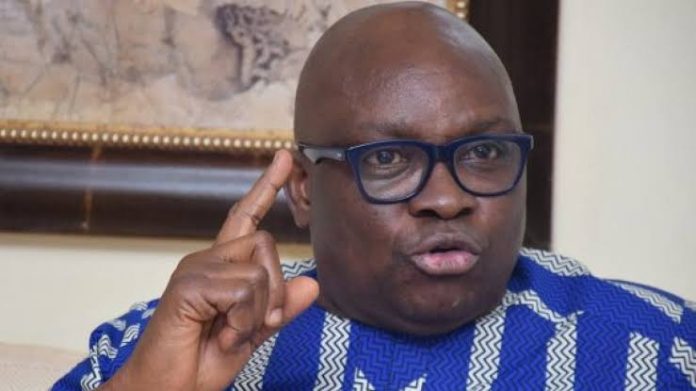 Ayodele Fayose, former governor of Ekiti state, says anyone who leaves the Peoples Democratic Party (PDP) for the All Progressives Congress (APC) is driven by covetousness.

Fayose stated this yesterday while featuring on Politics Today, a Channels Television programme.

While reacting to a question on whether the PDP is falling apart, considering the defection of David Umahi, governor of Ebonyi, to APC and the rumors of Femi Fani-Kayode, former minister of aviation, leaving the party, he said anyone that leaves PDP for APC is taken away by covetousness.

When asked whether he can defect to the APC, the former Ekiti governor said the APC cannot offer him anything, as his party gave him the opportunity to become governor when he was 42 years old.