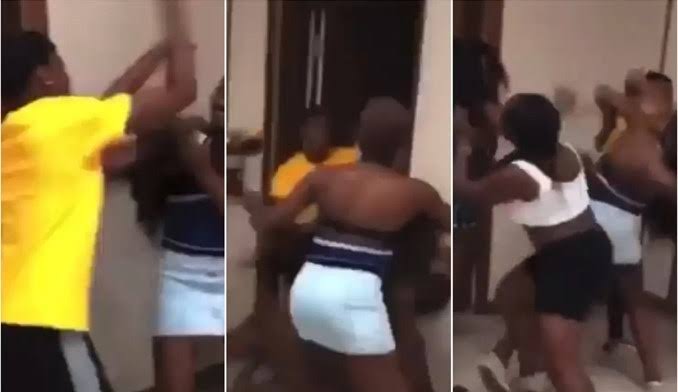 A video that was shared on the internet recently captures the moment three ladies were exchanging blows with each other inside what is said to be a hotel.

Reports surrounding the video have it that all three ladies were dating the same man who happened to be in a hotel room with one of them.

In an undisclosed how, the other two ladies got information of what was happening and stormed the hotel, with one coming in company of a friend.

And as soon as they amalgamated, words wouldn’t do justice to the emotions they needed to pour out and so, fisticuffs spoke for them.