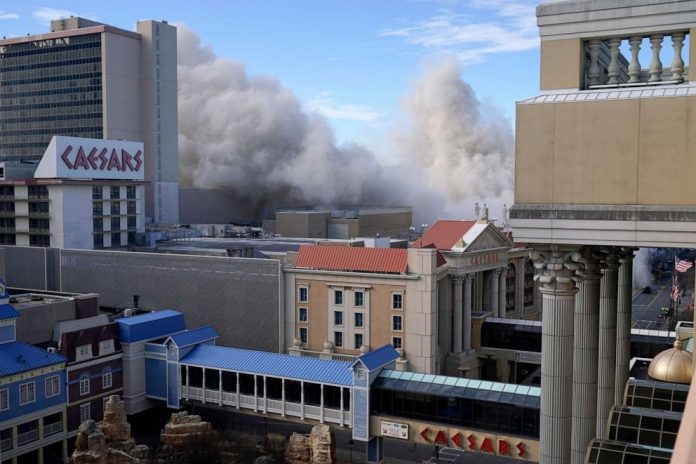 On Wednesday February 17, former US President Donald Trump Plaza Hotel and Casino in Atlantic City, New Jersey was demolished amid cheers from a crowd.

The casino which opened in 1984 during a decade of excess for Trump and other kings of capitalism, was reduced to rubble in 20 seconds by 3,000 sticks of dynamite. At about 9 a.m., a series of controlled explosions were heard before the 39-storey building imploded on itself.

The Plaza was the first of 3 casinos Trump owned in A.C., and was the site of some marquee boxing matches and other big events after it opened in 1984. All 3 casinos eventually went bankrupt and Trump left town.