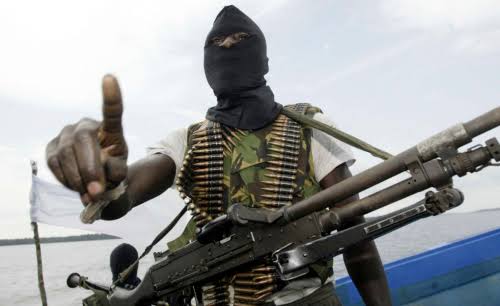 Gunmen have abducted the monarch of Ikuru town in the Andoni Local Government Area of Rivers State, HRM Aarom Ikuru, at his residence yesterday night.

Also, some boat travellers, including a lecturer at the University of Port Harcourt, who were returning to Port Harcourt from Andoni were kidnapped and whisked away by armed men suspected to be pirates.

Mr Maurice Ikuru, who is the monarch’s palace spokesperson, confirmed his principal’s kidnap to Newsmen this morning. “Yes, it’s true. It happened about 8:30 or 9pm,” he said.

World’s First Space Hotel To Open In 2027, With Spa, Bathrooms And Gym Center Inside

REPORT: UK To Cut Aid To Nigeria By 58 Percent

Yahaya Bello To Nigerian Youths: “Stop Criminality, Go Into Farming If You Have Nothing To Do”

Fair Lady Tattoos Tinubu’s Face, Name And Date Of Birth At Her Back (Photos)