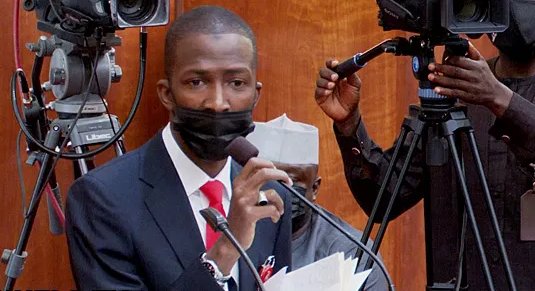 For some reason, Abdulrasheed Bawa, the new chairman of the Economic and Financial Crimes Commission (EFCC), couldn’t keep away from his microphone during his national assembly screening today.

Bawa adjusted his microphone more times than all the lawmakers combined touched theirs.

The EFCC chairman began his remarks at the senate chamber at around 12pm and moments later, he adjusted his microphone for the first time.

After that first contact with the device, there was no stopping him. 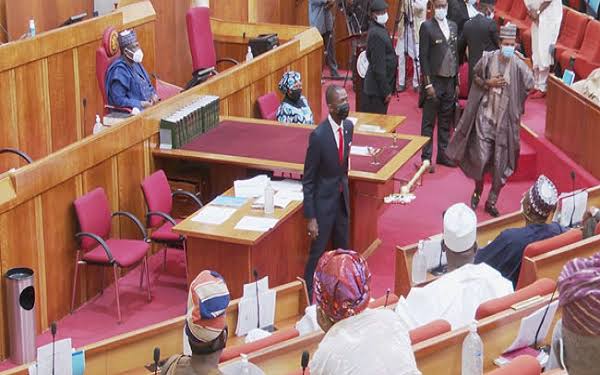 “If confirmed by this hallowed chamber, EFCC under my watch will work on proactive approach rather than reactive approach,” he said, intermittently touching the microphone as he continued.

One hour down the line, Bawa had adjusted the sound device more than 50 times, often drawing it closer to himself. 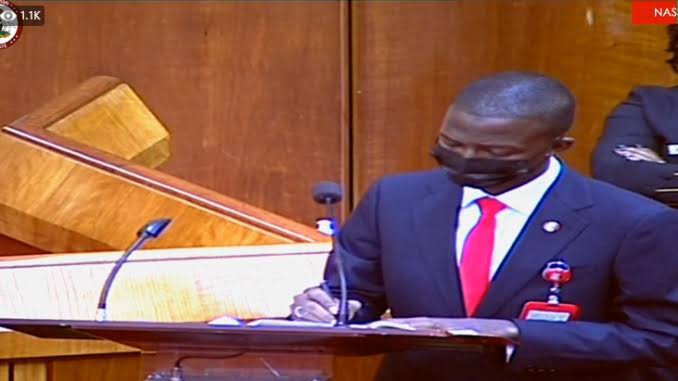 Asked about allegations of witch-hunting levelled against the anti-graft commission, Bawa made sure to adjust his microphone before telling the lawmakers that the commission has been non-partisan in its operations.

After being grilled on a number of issues for over two hours, Bawa’s appointment was confirmed by the national assembly — and the microphone secured its freedom.